I had heard a lot about Seville Cathedral or The Cathedral of Saint Mary of the See as it’s really called and the Giralda. As I love to find out about the local heritage and history when I travel I decided to take a trip down there to see what all the fuss was about.

I opened up my SeviBus app and looked to see which bus I could get down there. Although the app was in Spanish, it was pretty easy to use as all I had to do was locate the nearest bus stop and it showed all the buses and destinations.

That’s a thing I love about Seville. You can get anywhere by bus as the city is well served by a network out buses. Quite a few of them even circle the whole city so you can use them as unofficial city tour buses.

Now it was just a question of whether to take the bus or walk. Let’s see what Google Maps says? 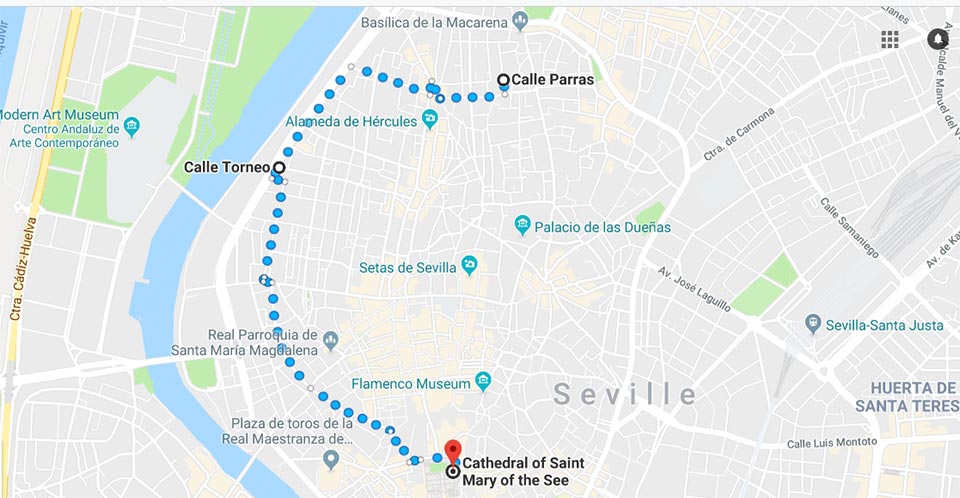 3.2km in 39 minutes walking if I take the long route via the river. I decided that as it was a lovely day, close to 30°s outside, I would walk.

After a quick pit stop by the bakery just around the corner from where I was staying to grab a couple of their delicious pastries (after 3.2km a guy needs his sustenance), it was off to see the Seville Cathedral.

The walk along the path beside the Rio Guadalquivir was lovely. Everyone seemed to be enjoying themselves and even the pigeons looked healthier than their brethren in London. Must be all that sun and leftover Paella and Tapas they get.

The entry fee is €9 for general admission with a reduced entry of €4 for those over 65. Students between the ages of 15 and 25 also pay the reduced entry fee.

The first thing I noticed when I walked in was how big it is. The place is enormous, which is no surprise, considering that it has 80 different chapels. Now I know why it is considered to be the largest cathedral in the world. 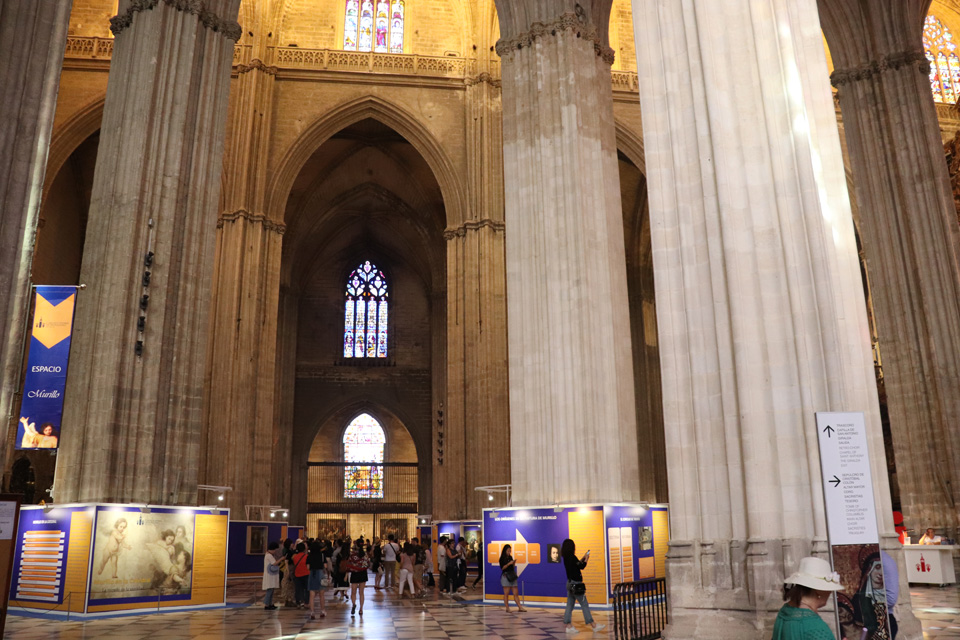 There are so many amazing architectural features and relics including the tomb of Christopher Colombus. I am sure that many of the artefacts on display are priceless, which gave me a slightly uneasy feeling. Imagine how many people you would be able to feed by selling just one of these. 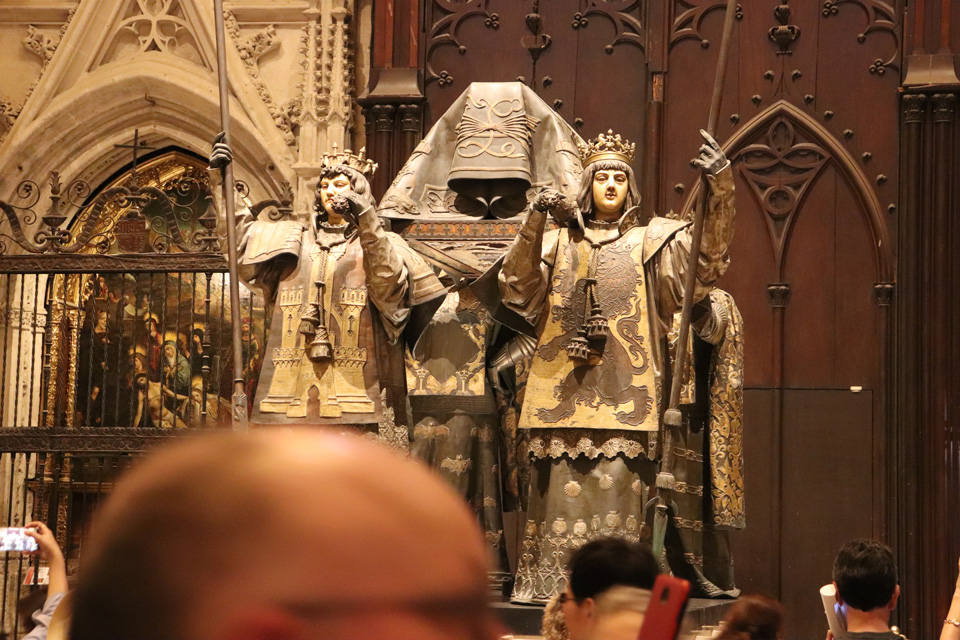 Another highlight is the Giralda which is the bell tower of the cathedral. It was originally the minaret for the Great Mosque of Seville but after Seville was conquered by Ferdinand III the mosque was converted into a cathedral for Christian worship.

There is a remarkable view of the city of Seville from the top of the Giralda and you can get there by going up a series of 35 gently inclining wide ramps that were originally built to allow someone on horseback to traverse to the top. 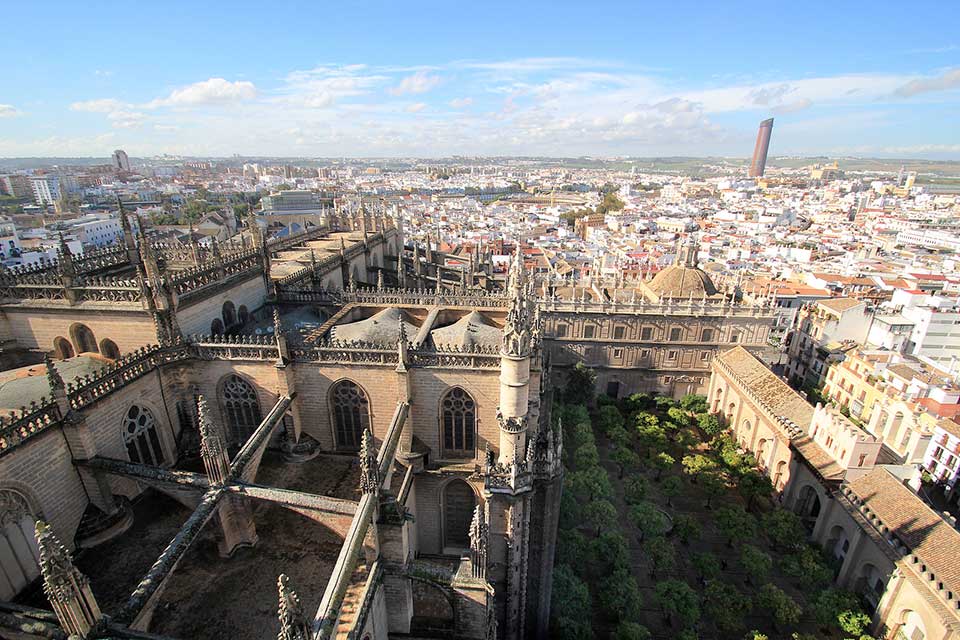 After seeing so much of interest I was pleased to see that there were quite a few nice places nearby to enjoy an early afternoon tapas and beer. 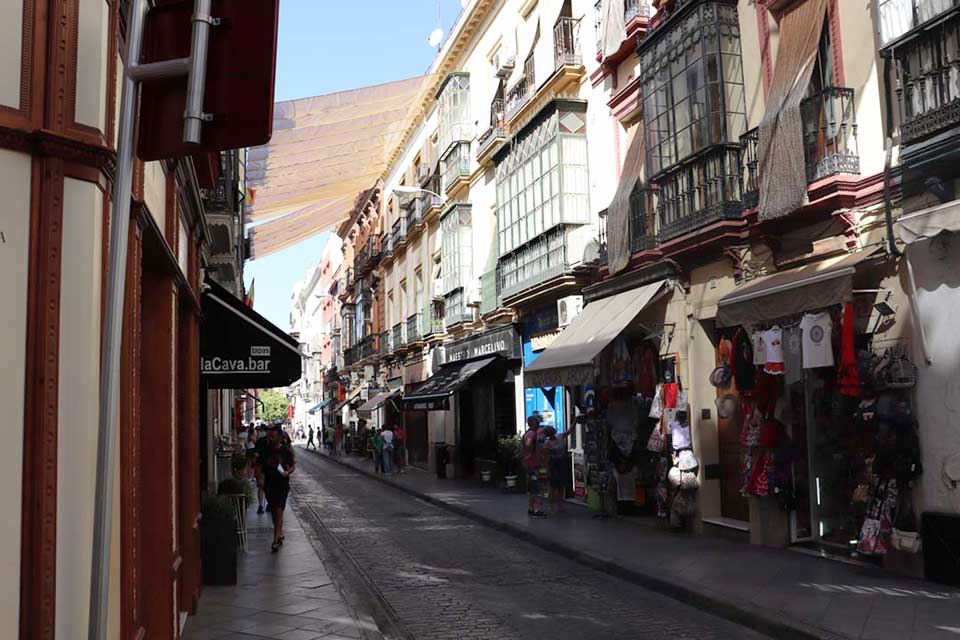 Now all I need to do is sit back, relax and work out where to visit next.