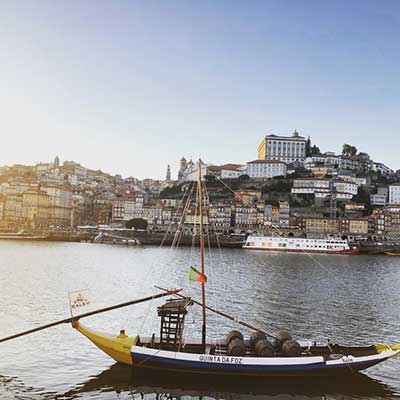 So I decided to take my first trip to Porto as I have heard so many positive things about the place.

I got out the good old Kayak app and found a great deal for a return flight from London Stansted to Porto for £44. That’s cheaper than going by train to Manchester and back! Although the only reason I would want to go there is to see the mighty (they are not so mighty at the moment though) Arsenal smash that lot at Old Trafford.

I also found a nice apartment in Porto on AirBnB that cost me £218 for 10 days. It was one of those places where you have a Mezzanine where the bed is. It looked great from the pictures and the reviews were positive as well. That’s one of the things that I consider really important when booking a place. I always look for a place that has mostly positive reviews.

Anyway, the morning of my flight arrived and I was on my way to the airport at 6.15 in the morning when I got a call on my phone. Answering, I was surprised to hear my work asking me why I was late coming in as I was supposed to start at 6. Typical! They had only gone and booked my two weeks off from the following week.

After I had politely informed them that I was on my way to sunnier climes they wished me bon voyage after I promised to bring them a nice bottle of Port back from Porto.

After waiting at the airport for an extra 30 minutes due to a delayed departure, I was off. The flight itself was nothing out of the ordinary and only took a short time. I spent those two hours reading a book I got for Christmas called “Unai Emery, El Maestro”. It’s a really interesting read and if like me you are interested in football, I am sure that you would enjoy it.

Getting to Porto I came out of the airport and took the nearby Metro to Lapa and walked the 10 minutes or so to where I was going to stay.

The first thing I noticed about Porto is how everything seemed to be uphill. Even when I was going downhill it seemed to be uphill! It was a good job I decided to travel as light as possible and only bring the bare essentials on this trip. Camera, toothbrush, a couple of changes of clothes and my laptop.

That’s another reason why I like to book an apartment on Airbnb. I always look for somewhere that has a Washing machine so that I can travel light. I also like to make sure it has a kitchen so that when I want to cook and not eat out, I can do so.

Anyway, enough of the waffle. I got to the apartment and it looked great, just like in the pictures. It even had a walk-in wardrobe that I am sure many of you ladies would like. After I dropped my bags I went out to find the local supermarket to stock up on grub and some pastries. After all, what’s the point in coming all the way over here if you can’t enjoy yourself while out here.

I was told by a local that one of the dishes that I should try was called a Francesinha, which according to him was like a croque monsieur, only bigger and better. What we English would call a Belly Buster. 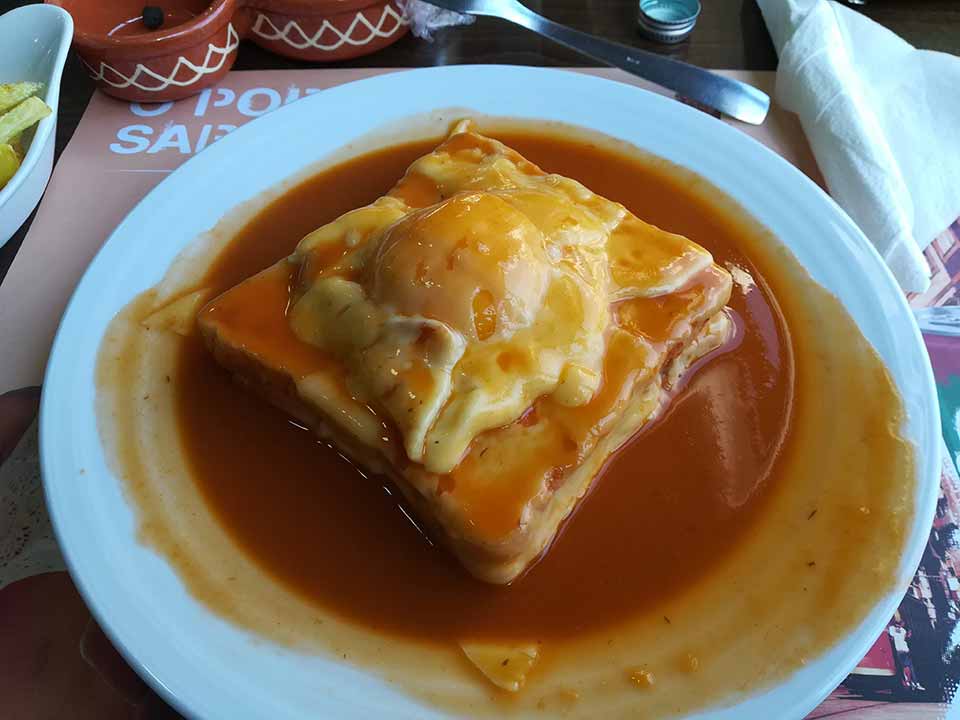 As you can see from the picture, a francesinha is not for the faint-hearted and you know when it comes to food, I am always up for the challenge. Boy, was it some challenge.

It was made with thick slices of bread, ham and steak, along with melted cheese and a sauce combining tomato and beer. Topped off with an egg and fries. After polishing that off there was certainly no room in my stomach for anything else. I felt like I was wiggling around in a fat suit, but it wasn’t a suit, it was my belly!

It was a good job that the cafe was just a short walk away from my apartment as there is no way that I would have been able to walk much further.

Well, it was off to bed in preparation for my first full day’s adventure in Porto the next day.

Here is a little tip for you guys. When booking a Mezzanine apartment always make sure that there is enough headroom in the bedroom. I climbed the stairs to my bed and found that I couldn’t even sit up in bed without my head banging against the ceiling. The distance from the floor to ceiling wasn’t even three feet! 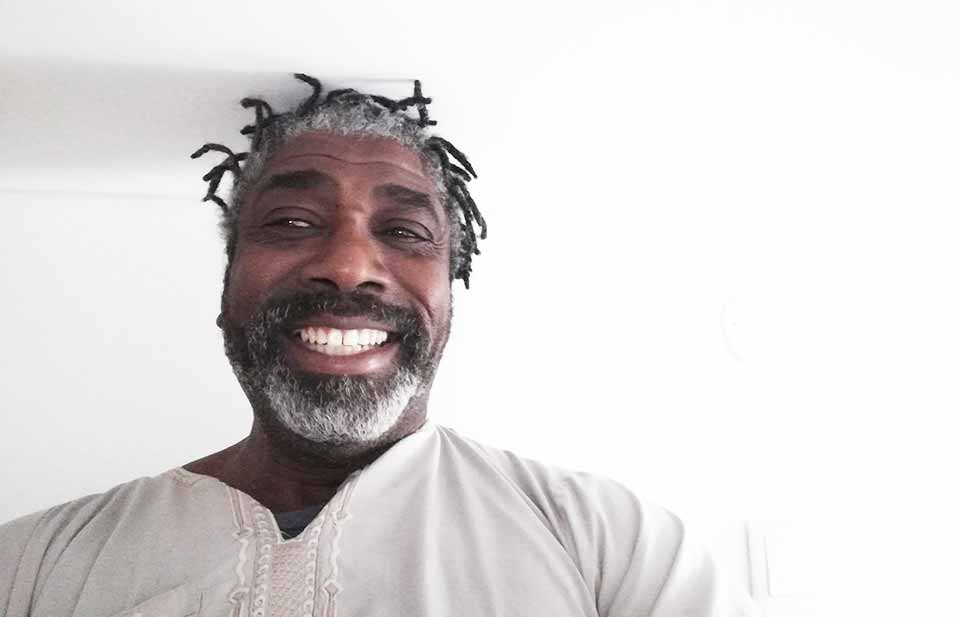 Anyway, the good thing is that I don’t intend spending all my time in bed whilst I am in the lovely city of Porto.