Normally when I travel anywhere I don’t tend to go on tours. Instead, I prefer to do a little research online and see places on my own schedule. This time in Porto however, I saw a trip that really interested me. It was a walking tour of the city, with the emphasis on viewing much of the street art that Porto had to offer.

Having an interest in the more quirkier side of art, I decided to book myself on this trip and arranged to meet Miguel, the tour guide at Sao Bento train station at 2.30 in the afternoon. 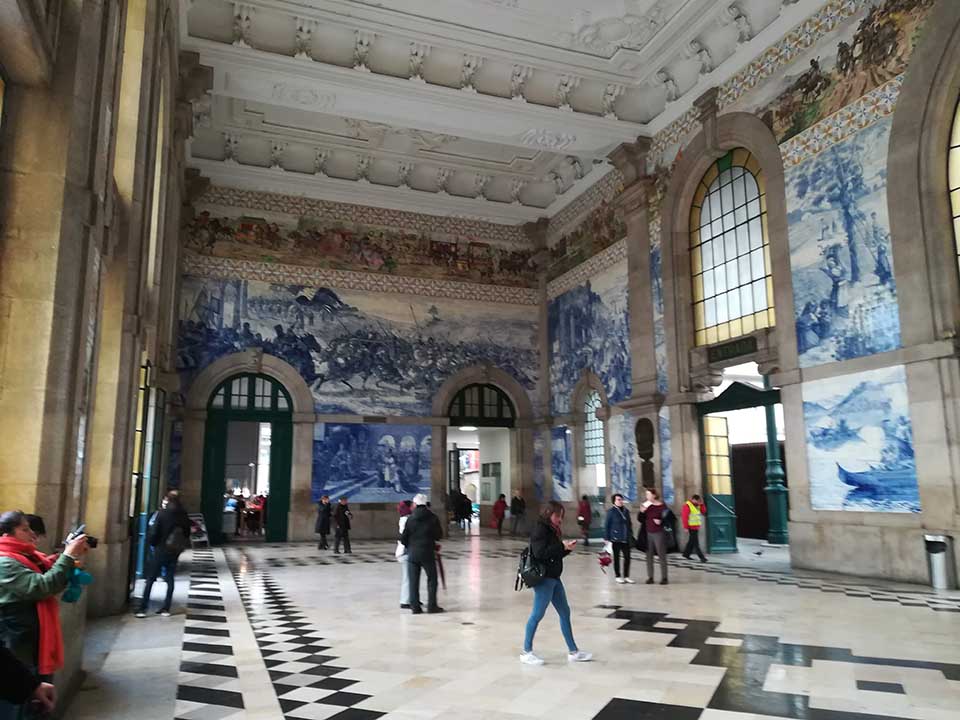 I arrived a little early and within thirty seconds of walking through the entrance, I was approached by a guy who wanted to sell me some weed. In my very best Googled Portuguese, I told him “Eu nao Fumo” Maybe it was the fact that I had my hair plaited, but within two minutes another guy came up to me with the same proposition. “Eu nao Fumo,” I said and he seemed to get the message.

Next thing I know, a bespectacled woman approached me and just as I was about to give her the old “I don’t smoke” brush off in Portuguese, she asked me if I was here for the street art tour. It turned out that she was an American artist who also booked on the tour. Check out her Instagram page here.

A couple of minutes into our chit-chat our guide Miguel arrived and after introductions, we set out from Sao Bento station and heading upwards. It seems like everywhere in Porto is upwards, so if you have problems with hills and steep inclines it might not be the best place for you.

One of the first things that I learned was that in Porto there is a mixture of both local government sanctioned and non sanctioned street art. If a street artist submits a project to the City Hall and that project is accepted, they are then licensed for free to carry out that project.

The City Hall has crews that go around painting over many unlicensed works, but not all is covered up. I guess that can often depend upon what the worker considers art or not.

This first piece that we encountered was in the sanctioned category and is located just around the corner from Sao Bento station on Rua da Madeira. 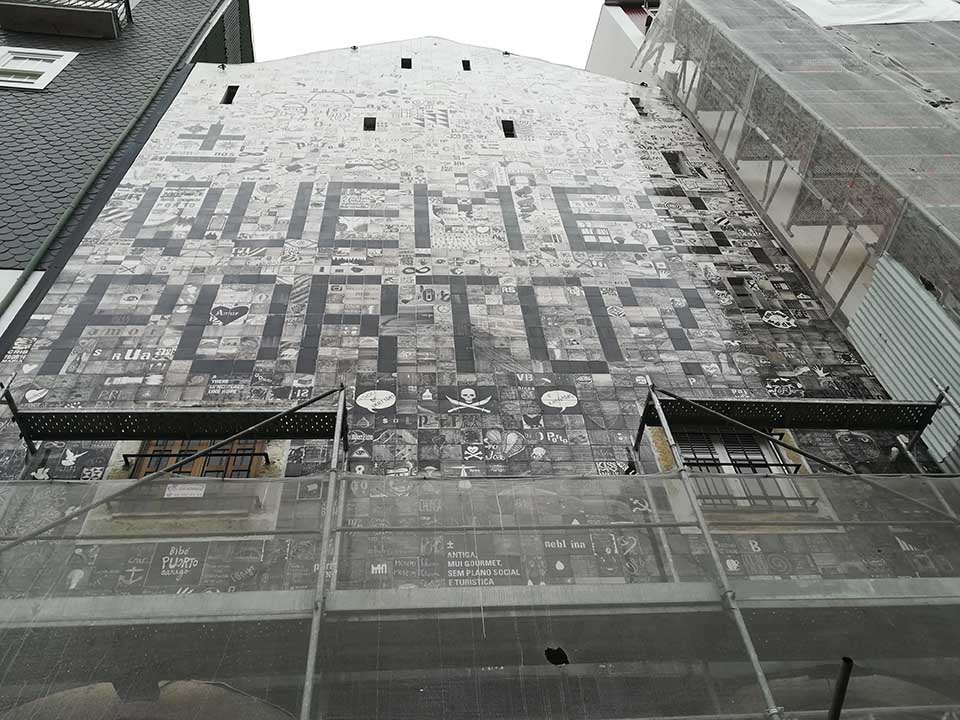 It was an idea conceived by ±maismenos±, one of Portugal’s most socially and politically active artists. Made up of 3000 ceramic tiles, many of the participants were given four tiles each with which to answer the question, “Quem es Porto?” or “Who are you, Porto?”.

A walk down to Rua Miguel Bombarda saw this mural that was created by Mots, Mesk & Fedor. It is a depiction of the legendary Don Quixote, his sidekick Sancho Pança and his horse. 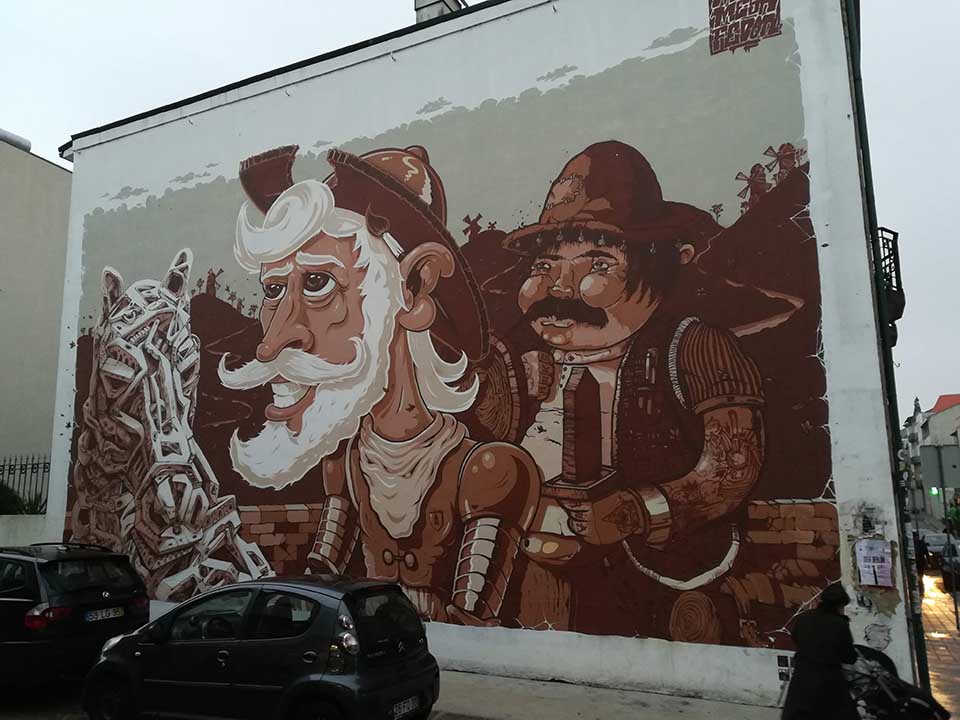 This extensive mural entitled Mira was created by local artist Daniel Eime in 2015. According to Miguel, it depicts the hardworking and down to earth nature of the working class Portuguese woman. 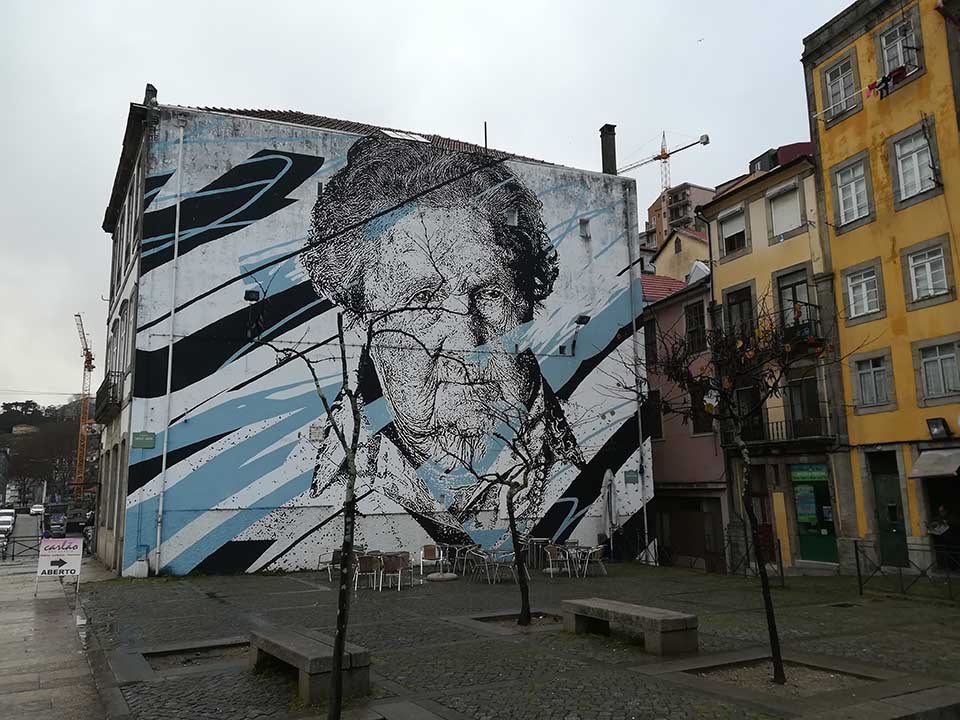 My first thoughts on hearing the term street artists, was to think of teenagers or ageing hippies darting through the arches, metro and underground stations with their cans of aerosol spray, tagging trains and walls. That is so last century!

Now there are so many different ways that street art is created from the original aerosol spray painting, to using intricate stencils to create unique characters and much more unusual methods used like that of international artist Vhils of using explosives to achieve effects like those of the picture below. 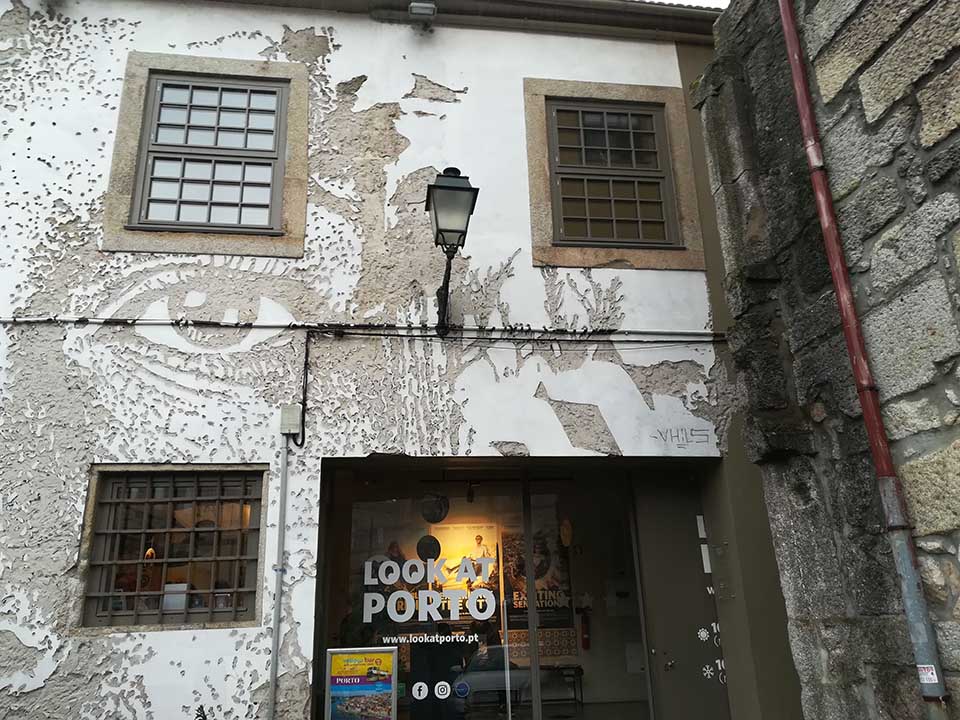 One of the most famous of Porto’s street artists is Hazul who first popped up doing Hip Hop inspired Graffiti under the pseudonym of Pong 02. Since the introduction of sanctioned street art in Porto, you will see many of Hazul’s creations particularly featuring the faceless Madonna. 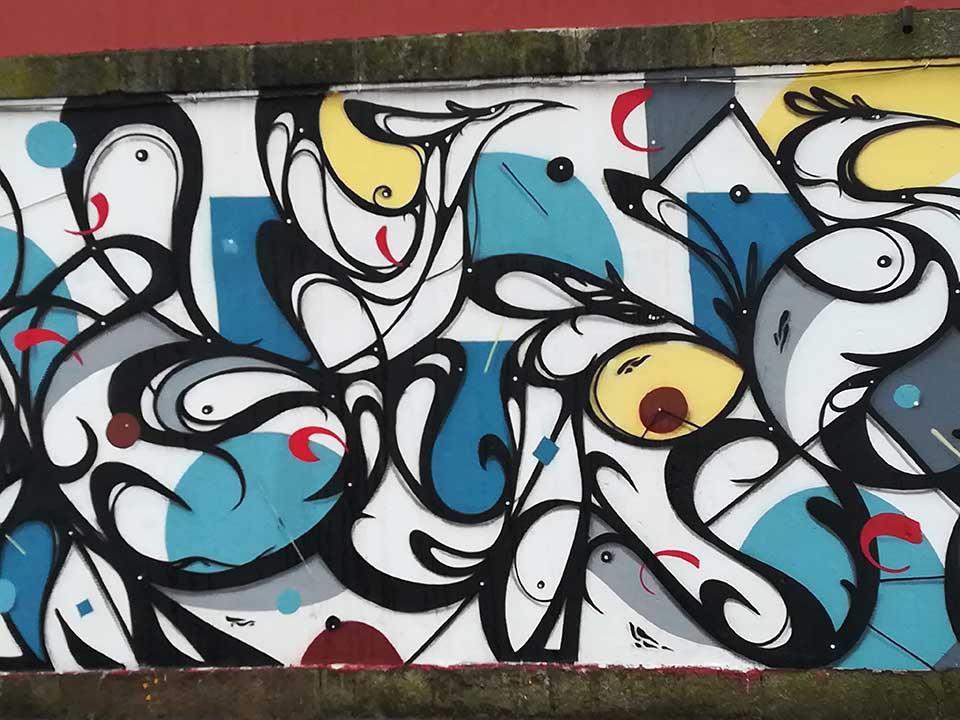 Without a doubt, two of my favourite pieces that I encountered on the tour were these by the French artist Guate Mao. These intricately designed works of art were made using stencils. The detail achieved is fascinating to me. 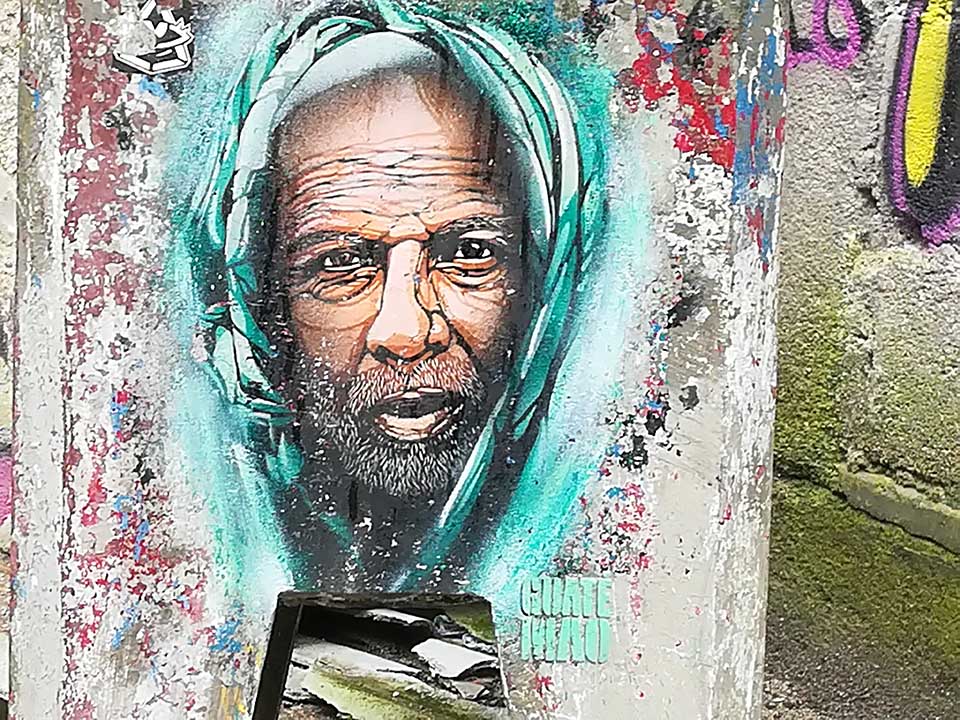 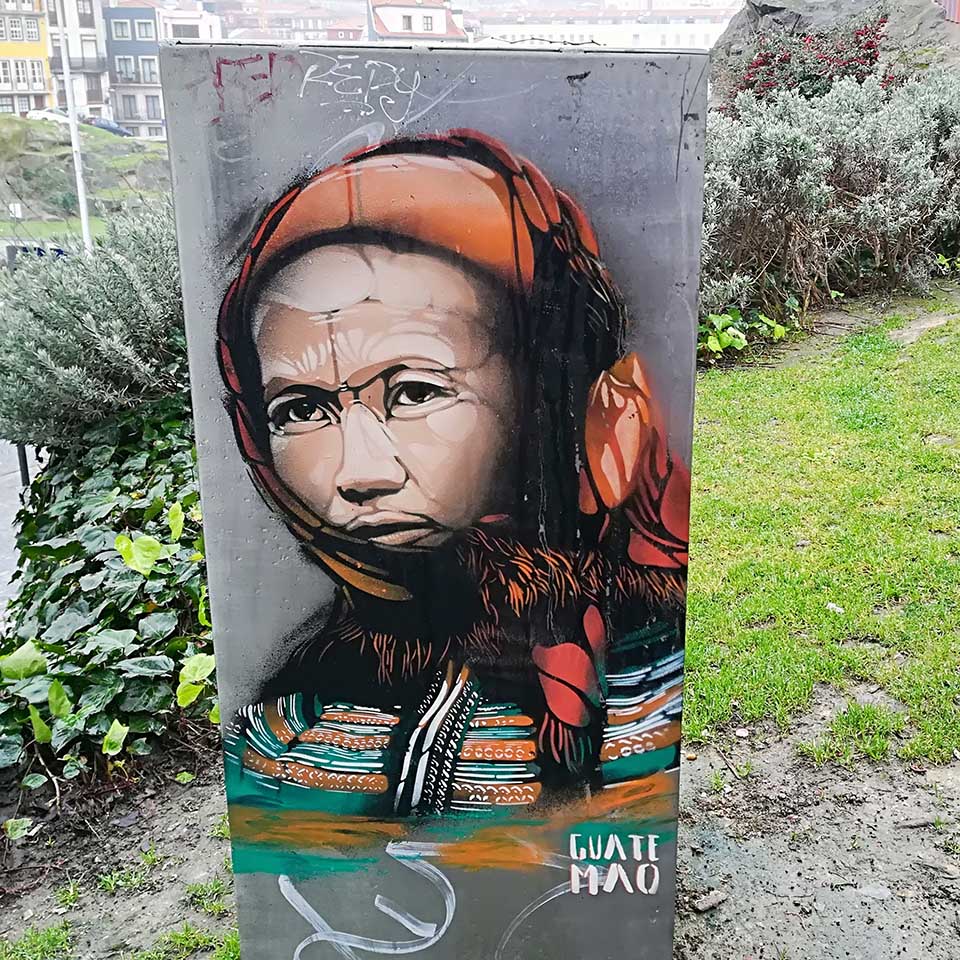 This piece by Portuguese artist Frederico Draw is right next to the Luis Bridge at the Ribeira crossing of the Douro river in Porto. 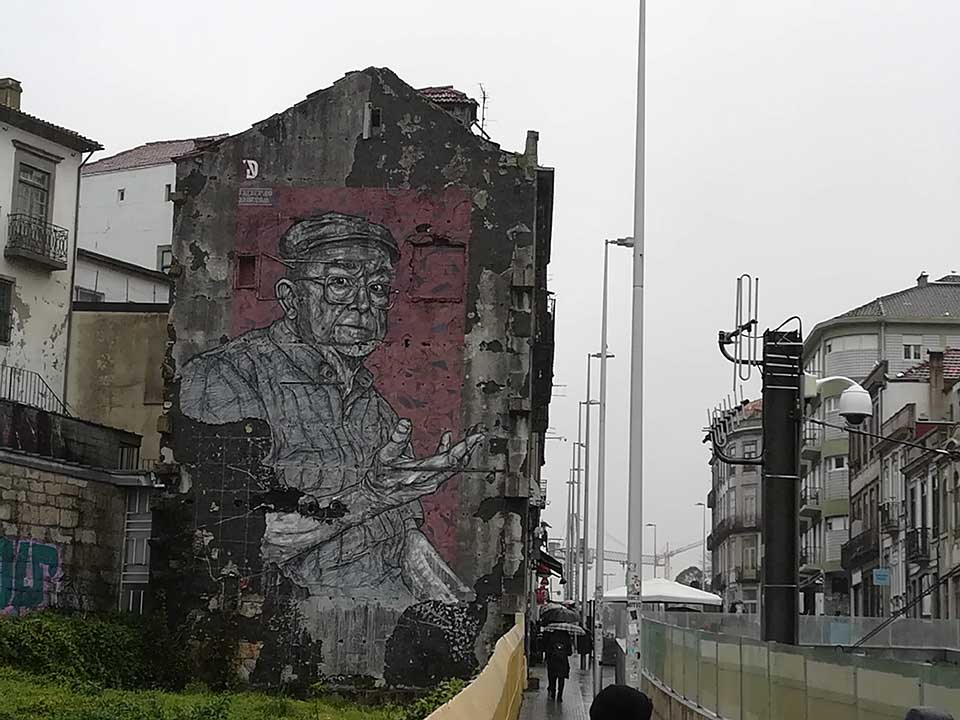 This picture is part of a local project that commemorates some of the local residents on the nearby streets. Apparently this lady was always well dressed and her love of roses is depicted here. 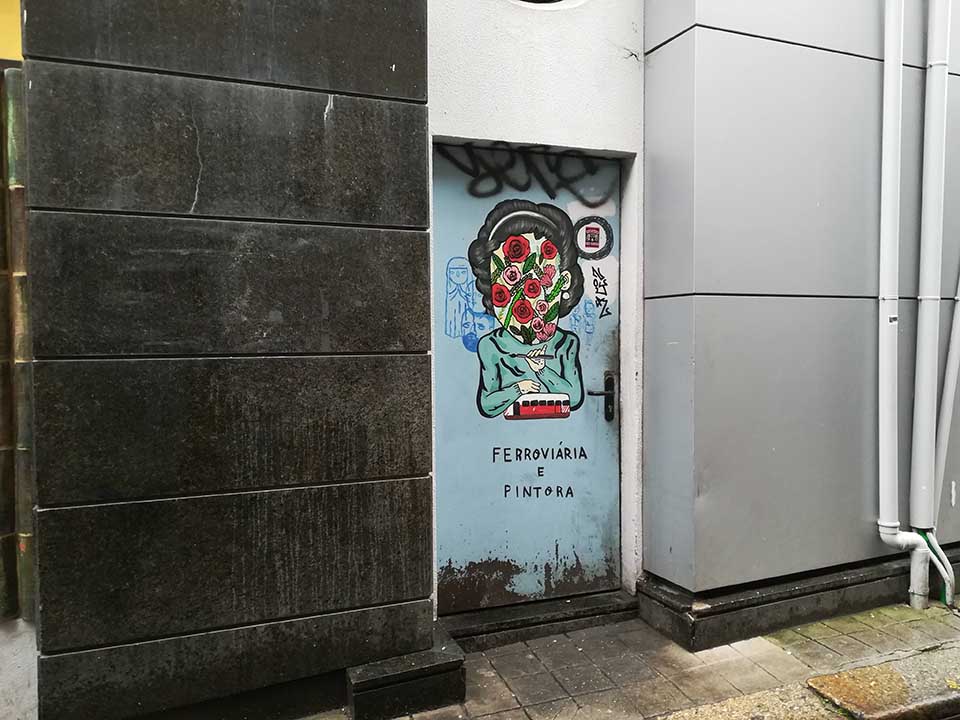 The use of street furniture as props gives the street art an added dimension. In this picture, the person is seen diving into the bin located there. 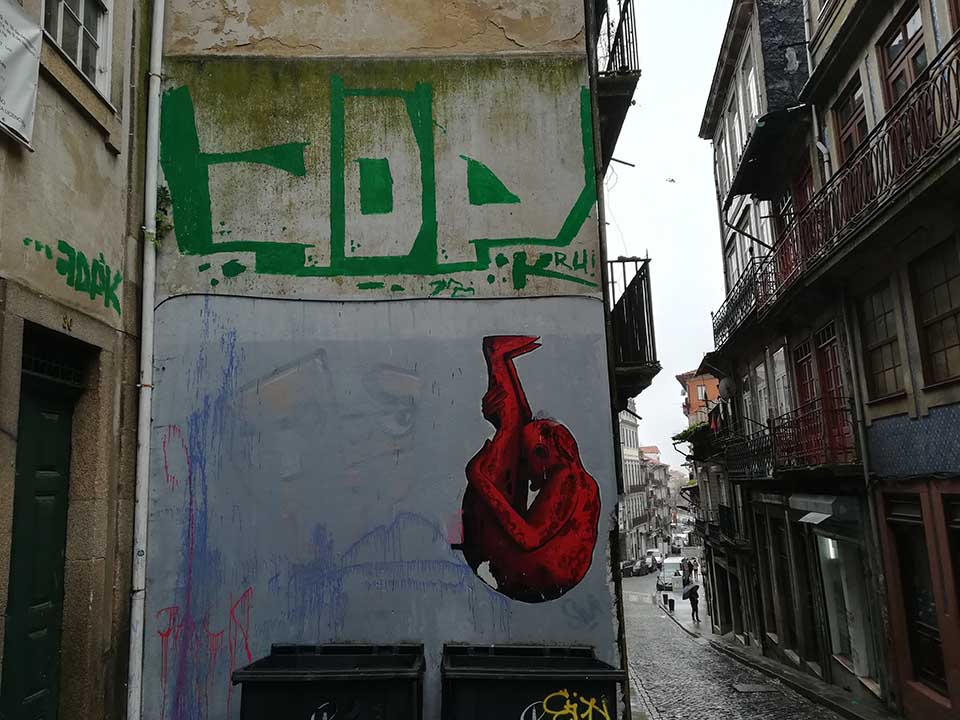