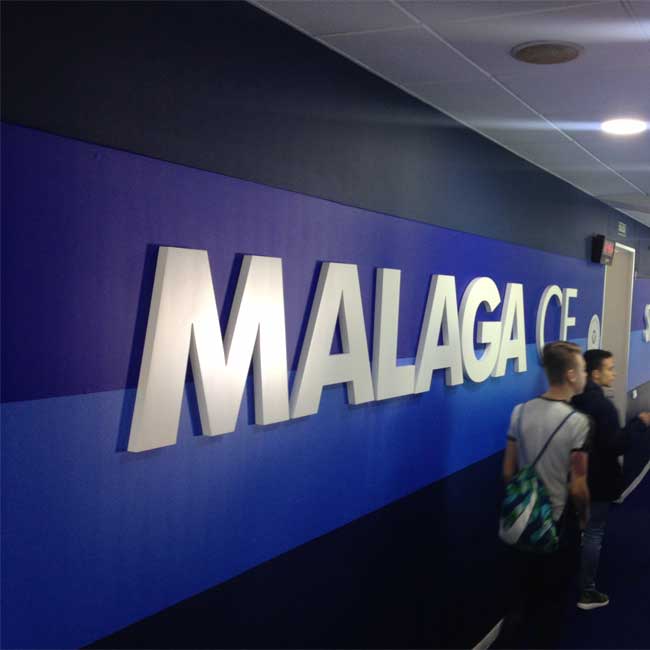 My visit to La Rosaleda

I am a self-confessed football nut with Arsenal being my team. They make me laugh and cry in equal measures, although lately, it seems I have been doing more crying than laughing. Let’s hope that our new signings gel and start making my team what they used to be like when we had the likes of Ian Wright, Thierry Henry, Denis Bergkamp, Steve Bould and Mr Arsenal himself, Tony Adams playing.

Anyway as I was in Malaga I thought it would be nice to visit the local team Malaga CF and hear a little bit about their history by going on a stadium tour. 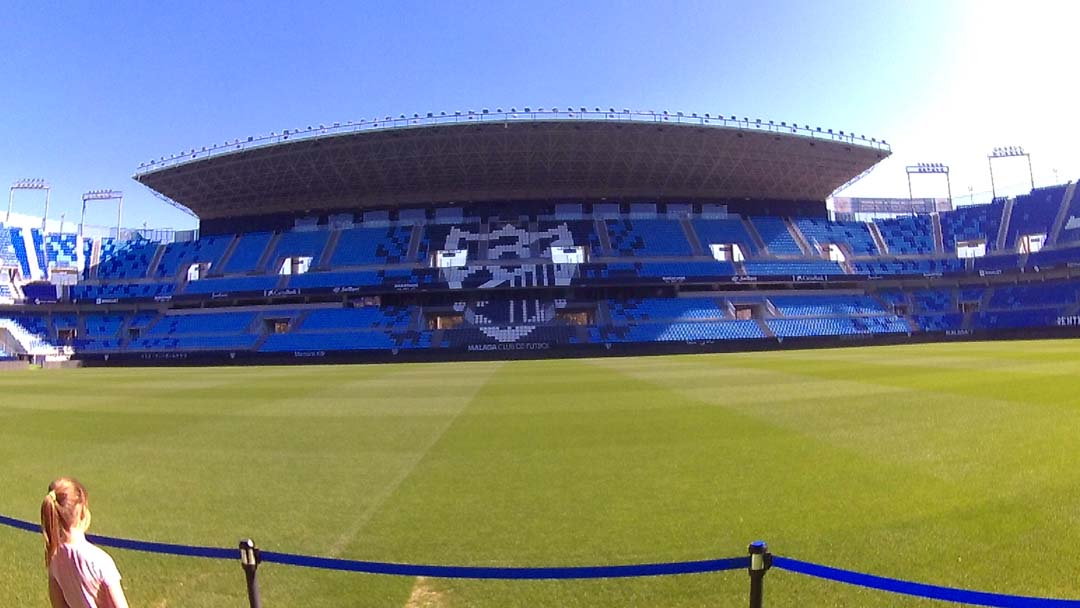 I fired up the Google Maps and located La Rosaleda stadium about 3km from where I was staying. It seemed pretty easy to get to and despite the fact that I read on a local website that the stadium was in a pretty rough barrio I decided to walk there as it was pretty early in the day around noon.

I am not suggesting that anyone should ignore safety precautions when travelling in an unfamiliar destination, quite the contrary, it’s just that I felt pretty safe all the time that I was in Malaga and have always been able to take care of myself as I don’t go looking for trouble.

The football club is not doing too well at present. This is their first season back in La Liga and they are finding it a bit of a struggle being in the bottom three teams.
They sacked their manager Michel Gonzalez after ten months in the job and replaced him with one of their former players, José Manuel González López. I am not sure how much good that has done, as according to my reckoning, they haven’t won a game since.

The club was originally founded in 1904 as Malaga Footbal Club and in 1930 became Malaga Sporting Club. In 1933 Málaga SC and FC Malagueno merged to become Club Deportivo Malacitano, later changing their name in 1941 to Club Deportivo Málaga where they moved to their new stadium La Rosaleda.
Over a period of time and with various financial crises the club eventually became what they are today, Málaga Club de Fútbol.

Anyway, I could see that the club needed my help so I arrived at the stadium and paid my 10 euros for the stadium tour which I thought was great value.

Whilst Malaga wouldn’t be classed as a big club by any stretch of the imagination, they have had many famous footballers that have played for them. These include one of my favourite Arsenal players Santi Carzola and also the Manchester United legend Ruud ( I missed that penalty) Van Nistelrooy, Juanito, Isco and Nacho Monreal. 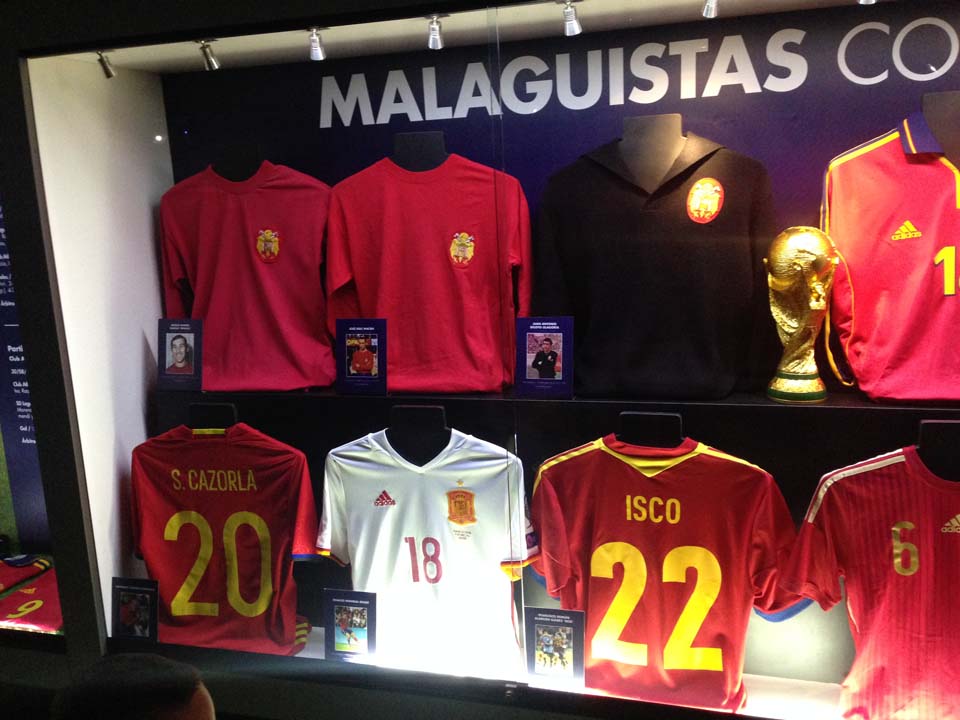 It was good to learn about the history of this proud little club, including the fact that their women’s team has won some big trophies including in 1998 when they won the triple; Spanish League champions, the Copa de la Reina and Spain’s SuperCup. In 2002, the mens team won the UEFA Intertoto cup thereby qualifying for the UEFA Cup that season.

It’s good to support a smaller club as going through the hard, barren times will make you appreciate the fleeting successes more and I believe that although the Blanquiazules are probably going to be relegated this season, they will come back stronger and more determined.

Here is hoping that the faithful fans that come to this 30,000 seater stadium have a modicum of success to cheer them when their darker days are over.