Atarazanas Market is a place you will love, if like me, you like to do some cooking when going on holiday.
Many of the local restaurants in Malaga source their produce from this famous market and you will find a large array of fish, meats, vegetables, cheeses, herbs and spices.

Originally a shipyard of Arabian origin around the 14th century, it has had various uses over the centuries including being used as a convent, barracks and a military hospital.

It was during the 19th century that the present market, known as the Mercado Central to the locals was established. Restoration work took place that incorporated cast iron features and the wonderful stained glass windows, making Atarazanas market one of Malaga’s architectural gems. 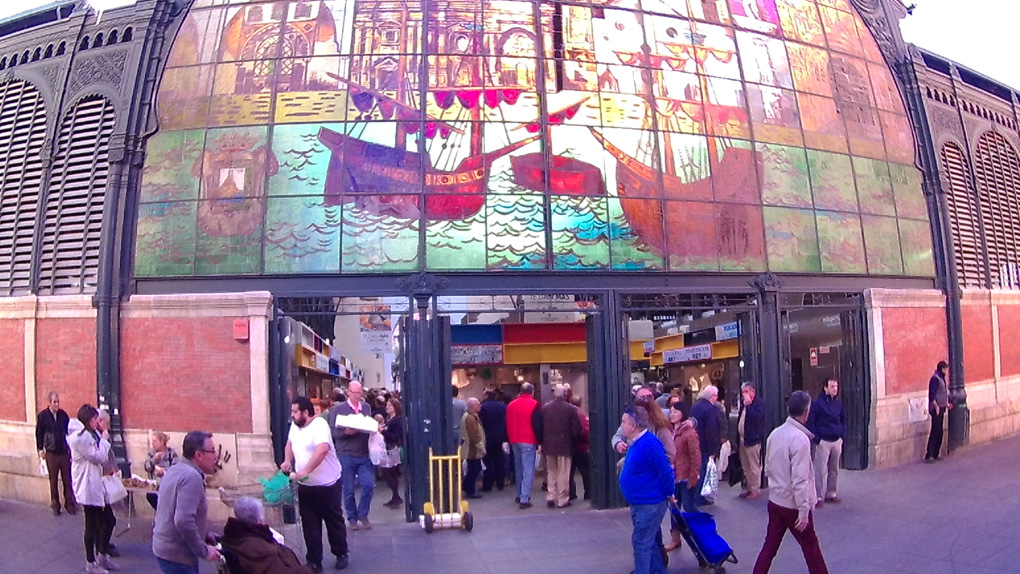 I decided to go down on a Saturday morning around 11 am. I wanted to get there some way after opening time but a good time before they closed at 3 pm allowing me enough time to potter around enjoying the vibe whilst picking up some bits and bobs for dinner that evening.

I had no idea what I was going to cook as I was going to leave that to whatever inspired me when I saw the ingredients. Masterchef contestants could learn a trick or two from me.

The first thing that struck me when I got there was how it reminded me of a market that I visit quite often in London, Ridley Road Market. The atmosphere was friendly, unhurried and all the stalls were so colourful and vibrant. There were reds, greens. yellows, browns, whites, almost every colour you could imagine.

I am a man that loves his food and it was like I had died and gone to heaven. The first stall I hit the Mr Coco’s Juice Box. There was a lovely green concoction consisting of spinach, pineapple, kiwi, ginger, strawberry and apple that I just had to try. It was delicious. I salute you, Mr Coco! 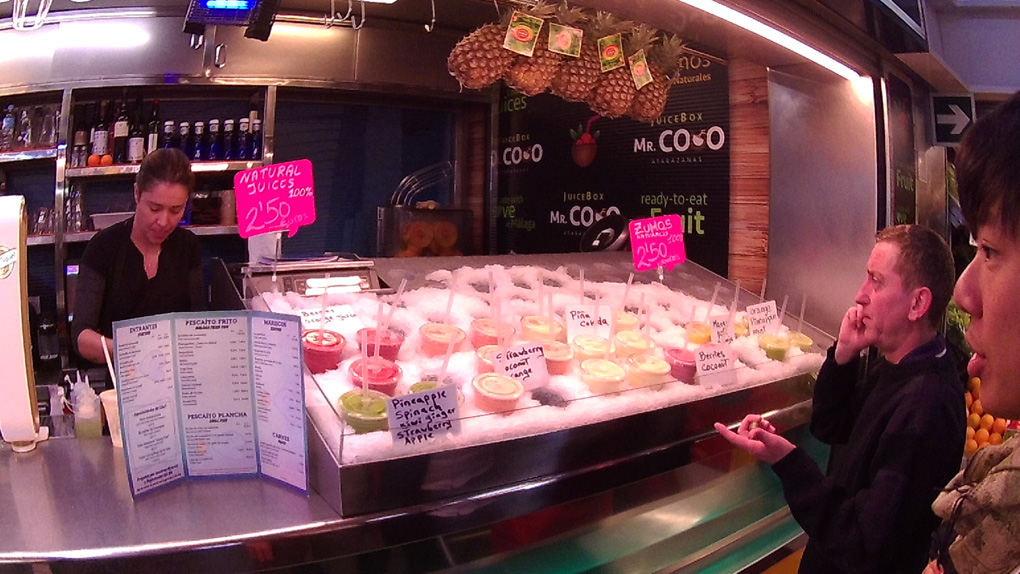 A little further down was a stall selling dates, figs and many other dried fruits. I bought about 100g of dates and headed on down the aisle.

Now I just had to decide what to cook for dinner tonight. After seeing all the fish available, I decided to do my own take on a mixed paella recipe. I got some mussels, calamari, prawns, chorizo and some other bits and bobs. Along with the chicken I already had in the fridge, it was going to be a hearty night.

Before I left, I got some oranges, avocados and apples from the endless supply of fruit at one stall. I was going to get some bananas as well, but there is only so much one rucksack can hold. As I don’t like to use plastic bags, I guess I will have to wait for my potassium refuel. One does, after all, need to help save the planet for one’s children and grandchildren.

Tip: If you are coming here, bring more than one bag!

On the way back home I saw a few interesting pieces of graffiti along the way. There are some talented people in Malaga. I wonder who they are, another Spanish Banksy maybe? 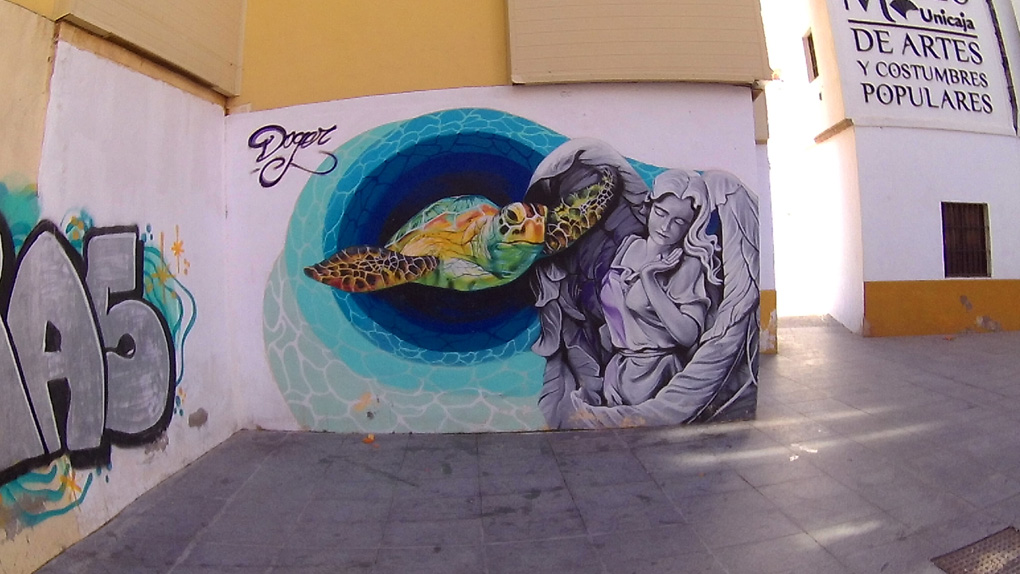 If you are ever in Malaga, Atarazanas Market is located at Calle Atarazanas, 10, 29005 Málaga. It is most definitely worth the visit.