Istanbul – A Guide To The Turkish Capital 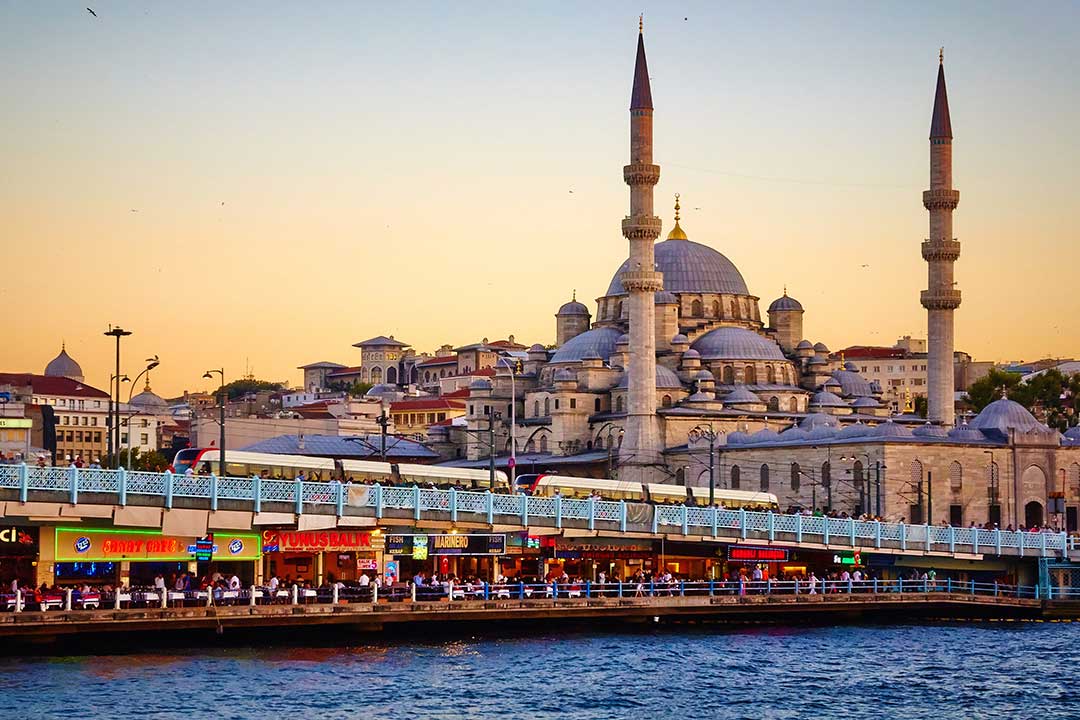 Istanbul with a population of almost 15 million residents was the 10th most visited city by tourists in the world.It is the capital and most populous city in Turkey and it’s economic, cultural and historic centre.

Istanbul’s second airport is the Sabiha Gokcen International Airport. Named after Turkeys first female combat pilot, it has scheduled and charter flights to many destinations.

Transportation from both airports into central Istanbul is frequent and easy by rail, metro, bus, coach and taxi.

Those wishing to take a more adventurous journey to Istanbul might want to consider taking a train journey.

London to Istanbul with stopovers takes five days, taking in Paris, Munich, Zagreb, Belgrade and Sofia along the way.

The following train schedule was garnered from a fantastic train information website The Man In Seat Sixty-One. If you are looking to travel to or from other destinations this would be a great website to look at.

It’s just a 10-minute walk from Gare du Nord to the Gare de L’Est where you will catch your next train on the journey.

With the EuroNight Lisinski sleeper train leaving Munich for Zagreb at 23.55 you have enough time to have a relaxing dinner in Munich.

Take the EuroNight Lisinski sleeper train from Munich Hbf at 23.35 arriving in Zagreb at 08.36 the next morning. The Lisinski is a relaxing way to travel overnight and has facilities including air conditioning, disabled facilities, coffee bar, snack trolley and power sockets.

Take the 11.07 from Zagreb arriving at Belgrade station at 17.37. Although this is a modern air-conditioned train with comfortable seats, there is no dining car so don’t forget to bring some food and drink along with you.

Stay overnight in Belgrade. Here are some hotels in Belgrade that are not far from the station.

Find the best deals on Hotels in Belgrade at TripAdvisor

From June 1st to September 17th the train from Belgrade to Sofia leaves at 9.25 arriving at 20.10. Again this train does not have a dining car so don’t forget your food and drink. There is a bakery store opposite the train station where you can buy food and drinks for your journey.

Stay overnight in Sofia. Here are some hotels that are not too far from the train station

Find the best deals on Hotels in Sofia at TripAdvisor

Because the Sofia to Istanbul Express leaves at 21.00 you can spend the day sight-seeing. Here are a few things to see in the city.

Take the Sofia to Istanbul Express leaving at 21.00 and arriving at Istanbul Halkali station at 06.49 the next morning. Reservation for this train is compulsory which can be done at the train station in Sofia.

There is no onboard catering on this train so bring your own snacks and drinks.
Please bear in mind that you will briefly have to get off the train at around 02.00 in Kapikule, at the Turkish border, to buy a tourist visa and get your passport stamped.

From Halkali station a free transfer bus will take you to Istanbul city centre.

Within Istanbul city limits you can travel by bus, train, funicular, tram, ferry, sea bus, sea taxi and taxi. You can pay for most of them with the Istanbulkart which is a contactless card that is similar to the Oyster in London and Navigo in Paris.

You can get an Istanbulkart at many places, including kiosks, newspaper stands and ticket booths near major transportation hubs and transit stops.

A refundable deposit of 10 lire will get you your Istanbulkart which you then top up with as much credit as you wish at kiosks called Istanbulkart Dolum Noktasi or Istanbulkart refill points in English. Unlike the London Oyster, you can use the Istanbulkart for more than one person.

The buses in Istanbul are different colours. The green ones are environment-friendly, yellow ones are specifically adapted for the disabled and the turquoise/blue ones are run by private companies. They all accept the Istanbulkart.

Things to do in Istanbul 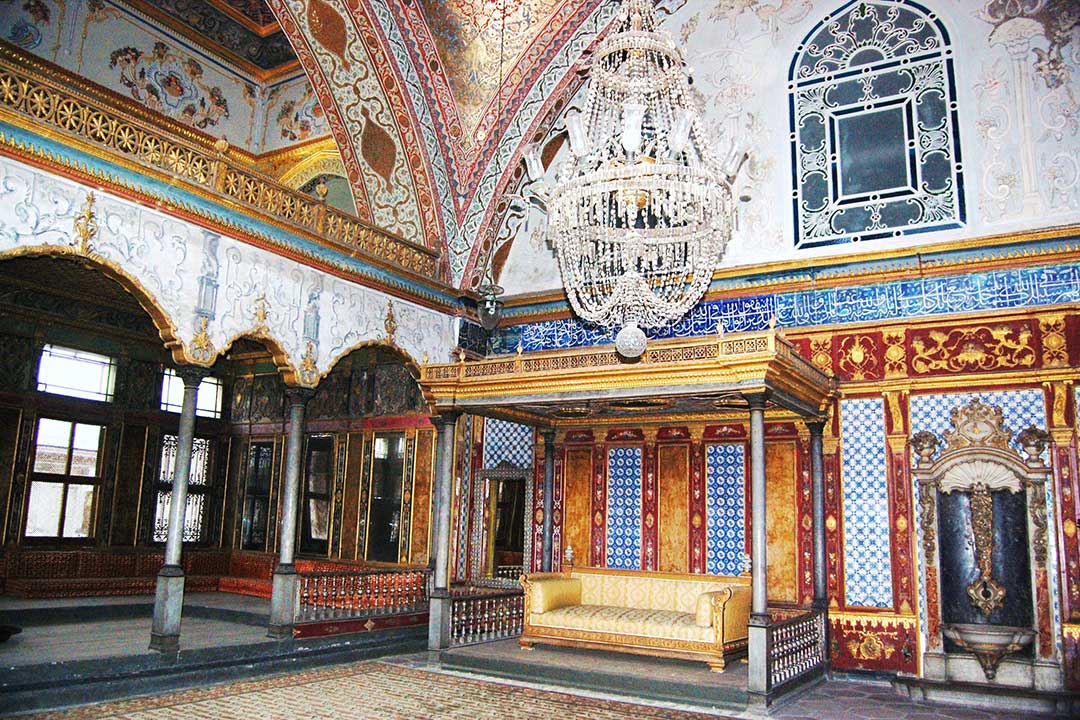 The Topkapi Palace is a museum that used to be the main residence of the Ottoman sultans in the 15th century.

Today in the museum you will find many articles of Ottoman clothing, weapons, armour, miniatures, religious relics, and illuminated manuscripts like the Topkapi manuscript. 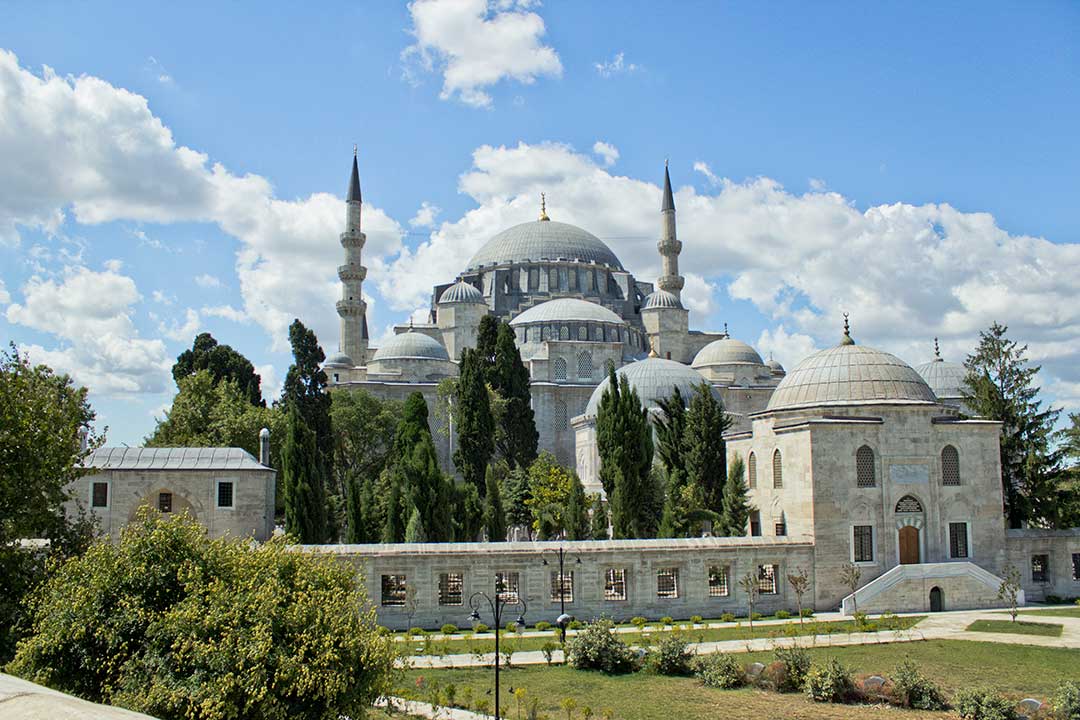 The Süleymaniye Mosque is atop of one of İstanbul’s seven hills and although not the largest of the Ottoman mosques, it is definitely one of the grandest and most beautiful. Couples can visit the Süleymaniye Hamam for a relaxing hamam experience. 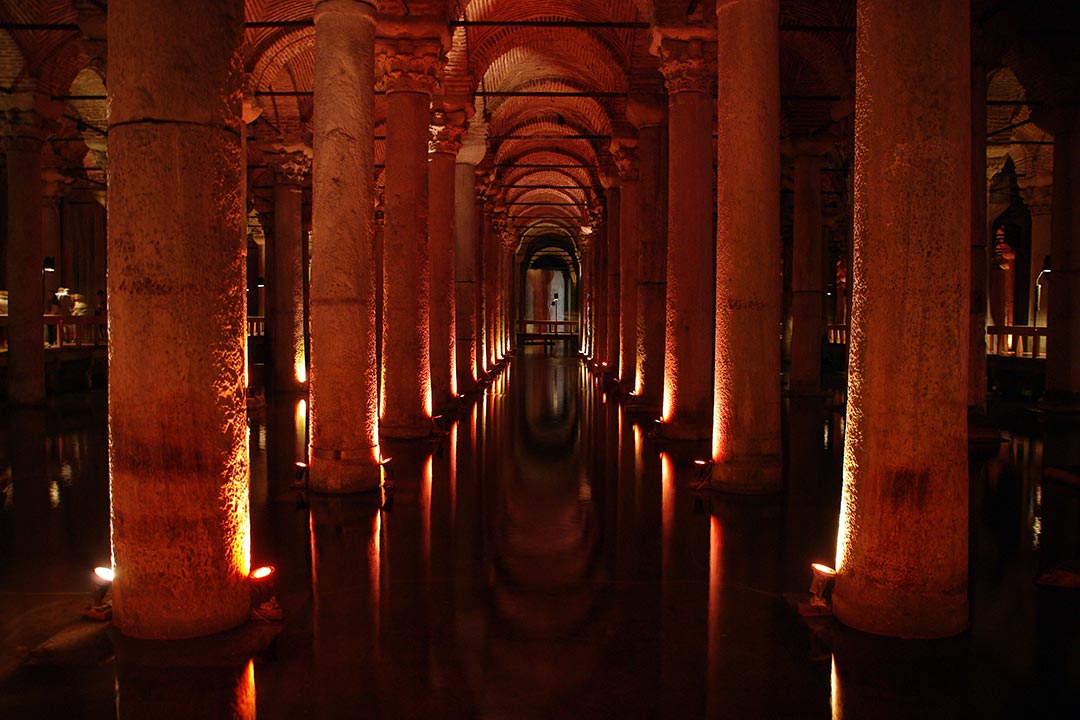 The Basilica Cistern is the largest surviving Byzantine cistern in İstanbul. This subterranean structure was renovated in 1985 and reopened to the public in 1987 and is one of the cities most popular attractions. 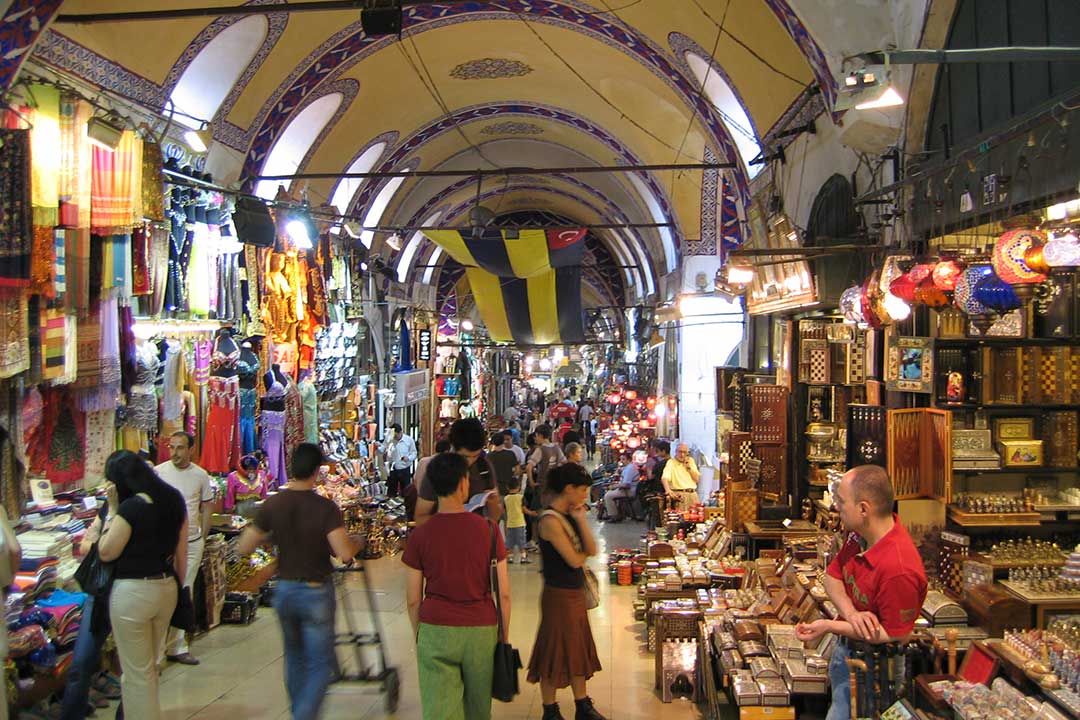 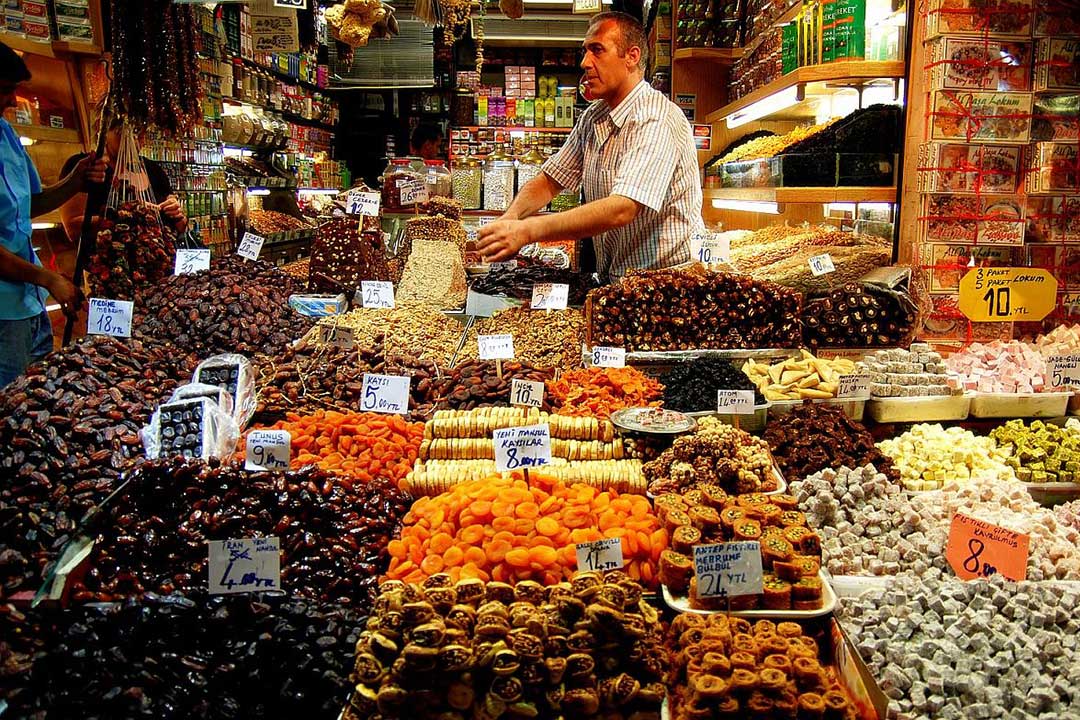 In the Spice Bazaar, you will find stalls selling a multitude of different spices along with dried herbs, honey, nuts, dried fruit and caviar. What better way to a tourists heart than through the stomach. 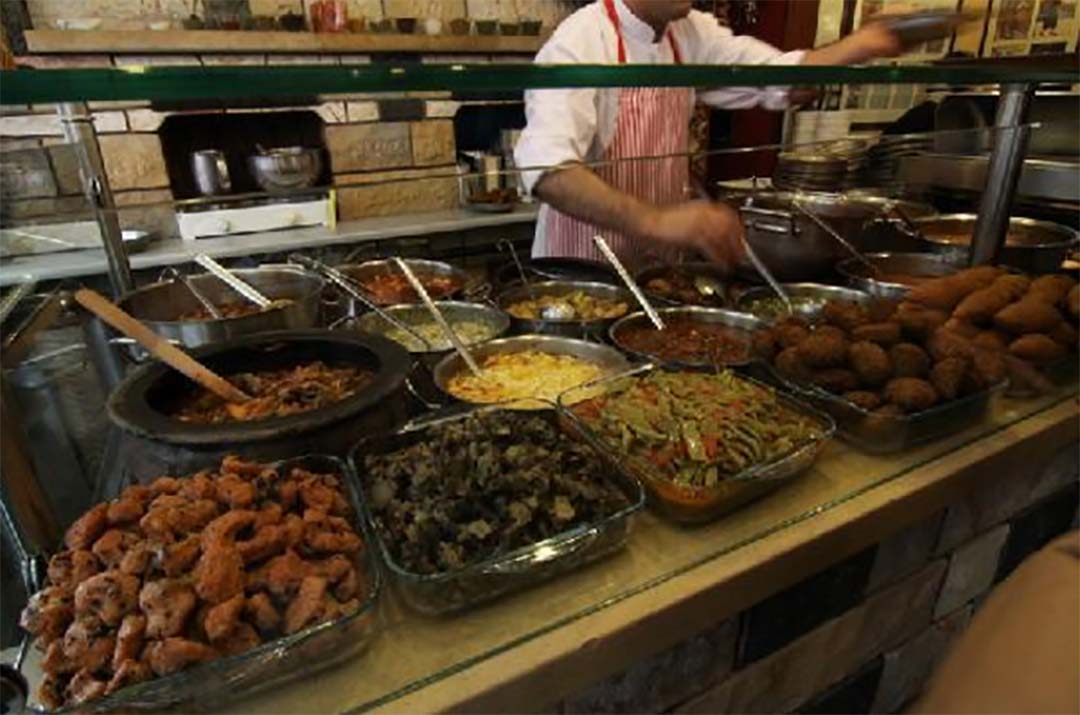 Ciya is a buffet restaurant where you can get varied meat and vegetarian dishes and very appetising desserts.
You can enjoy your meal inside or outside on the rooftop terrace. 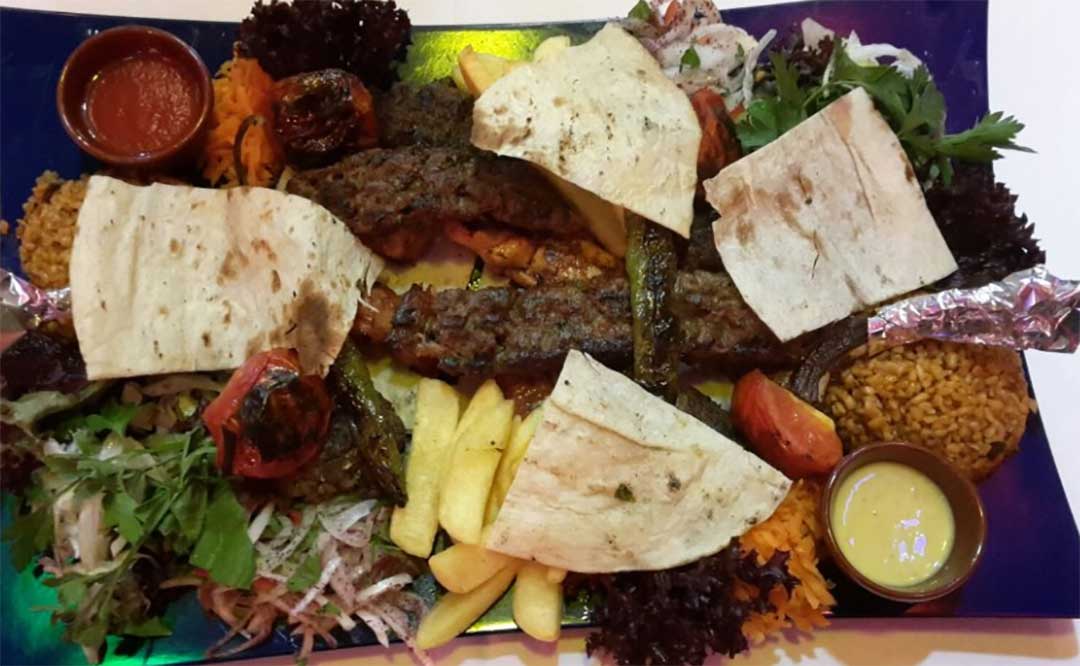 Delicious food served by attentive staff. If you have the chance try their signature dish, the Ali Nazik kebab. 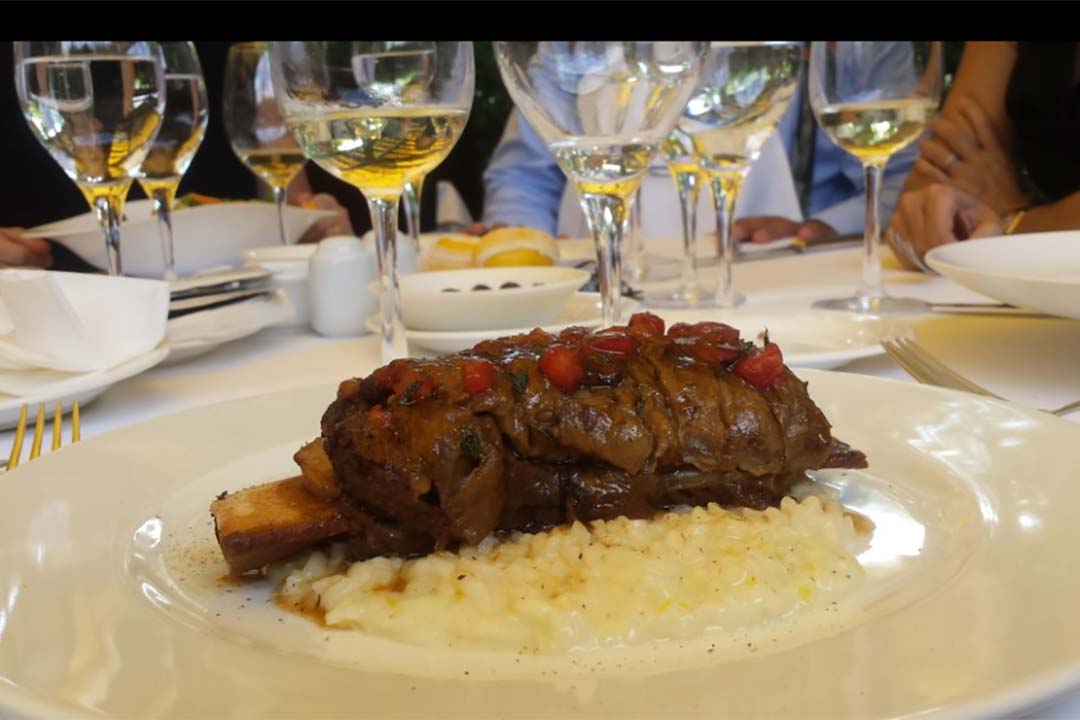 If you are looking for fine dining with excellent food and service then try Sans Restaurant. They serve both Turkish and European cuisine with their slow-cooked lamb a particular favourite.

With centuries of history, culture and traditions along with its amazing landmarks and views, Istanbul one of the top 10 most visited cities in the world is a city that I am sure you will enjoy exploring.

Did you enjoy Istanbul, what was most interesting for you, and I am planing to sytay in a budget hotel, which did you stay in? thanks. i plan to go in April.

Istanbul was great. I actually stayed in an Airbnb place when I was there. You can find really good value by booking places this way. I got a complete 1 bedroom apartment for £25 per night. You can check out places on Airbnb by clicking here
The most interesting thing about Istanbul for me where the people. They were very friendly, welcoming and hospitable and the food was fantastic.