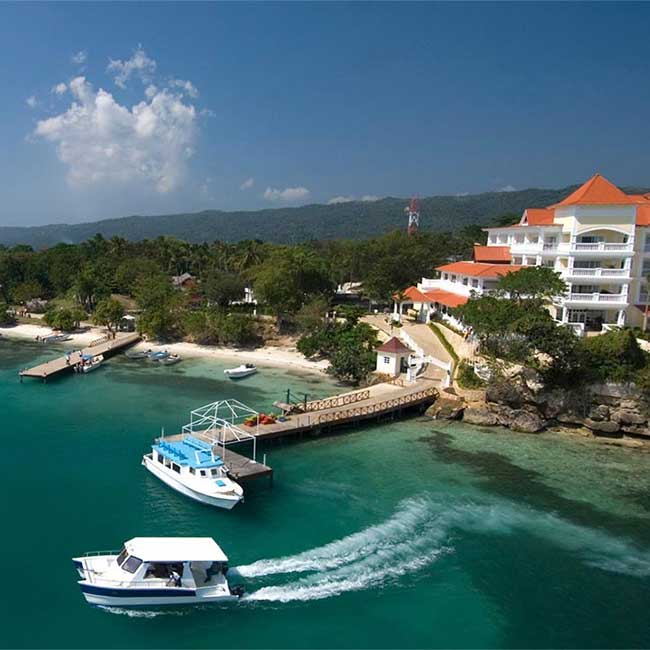 I have been lucky enough to have travelled to many countries throughout the world and during that time have stayed in many different places. One country that I always love going back to is the Dominican Republic.
Not long ago I decided to take a trip to Samana and stay in the Luxury Bahia Principe on the island of Cayo Levantado.

It has 268 rooms, 6 restaurants, 4 bars and 2 pools as well as a spa. It is located on a beautiful little island called Cayo Levantado. 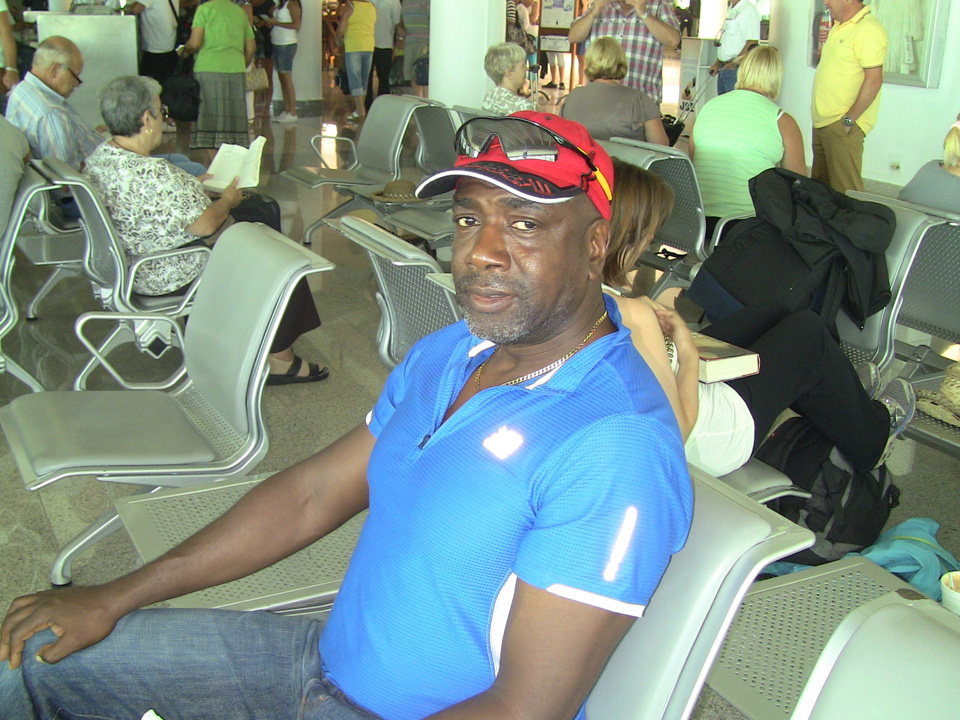 The closest airport with flights direct from the UK is Puerto Plata. Flying from Gatwick to Puerto Plata took over 8 hours. Being tall, when flying long haul I like to book seats with extra legroom to avoid the discomfort of being cramped up. Upgrading to premium wasn’t cheap and cost me over £300, but I like my creature comforts.

We arrived at Puerto Plata airport in the early afternoon and transferred by coach to Samana. The transfer took around 4 hours which included time to stop halfway for refreshments and conveniences.

It wasn’t a bad trip all things considered, as the driver was chatty and bachata was playing over the speakers while we watched the countryside go by.

We arrived in Samana and along with our luggage was taken by ferry across to the island of Cayo Levantado. 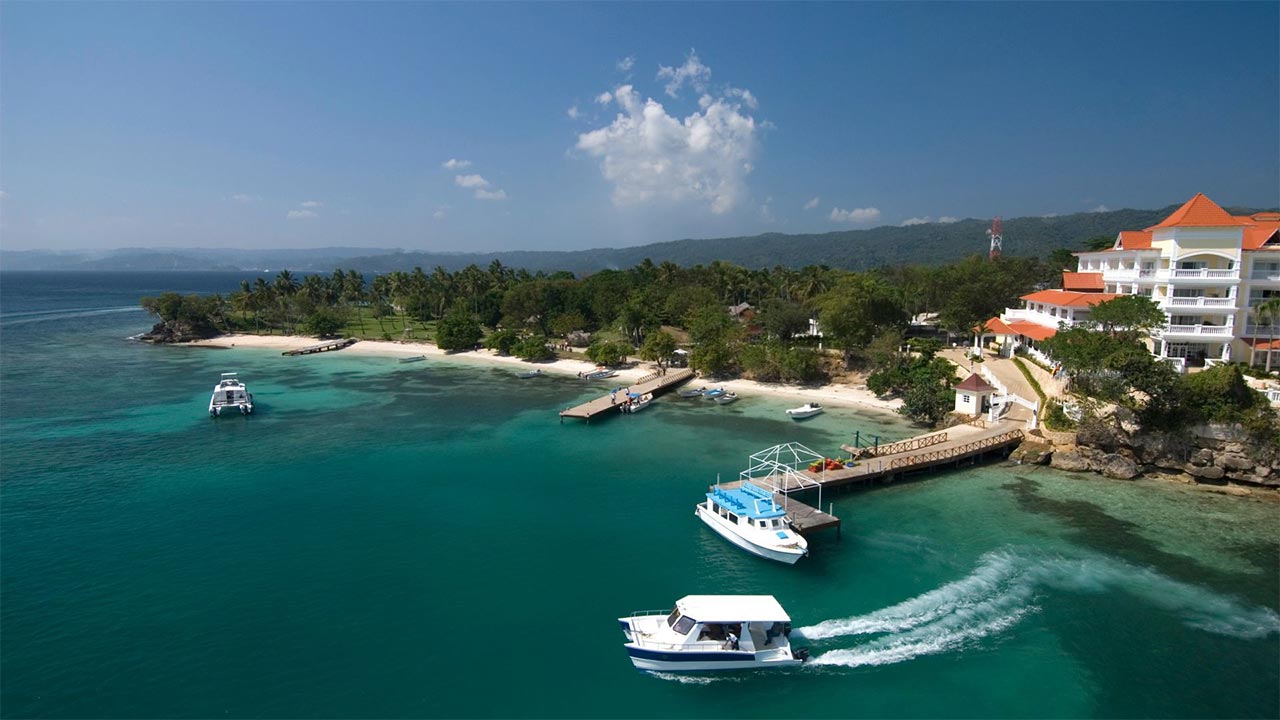 My first impression of the island as we approached was good and having disembarked from the ferry we were welcomed by the manager with a cool drink and a short chat.

We were then taken to our room by buggy, passing beautiful, well-tended gardens and up a moderately hilly slope. The hotel appears to be well equipped with buggies for anyone that needs the transportation. 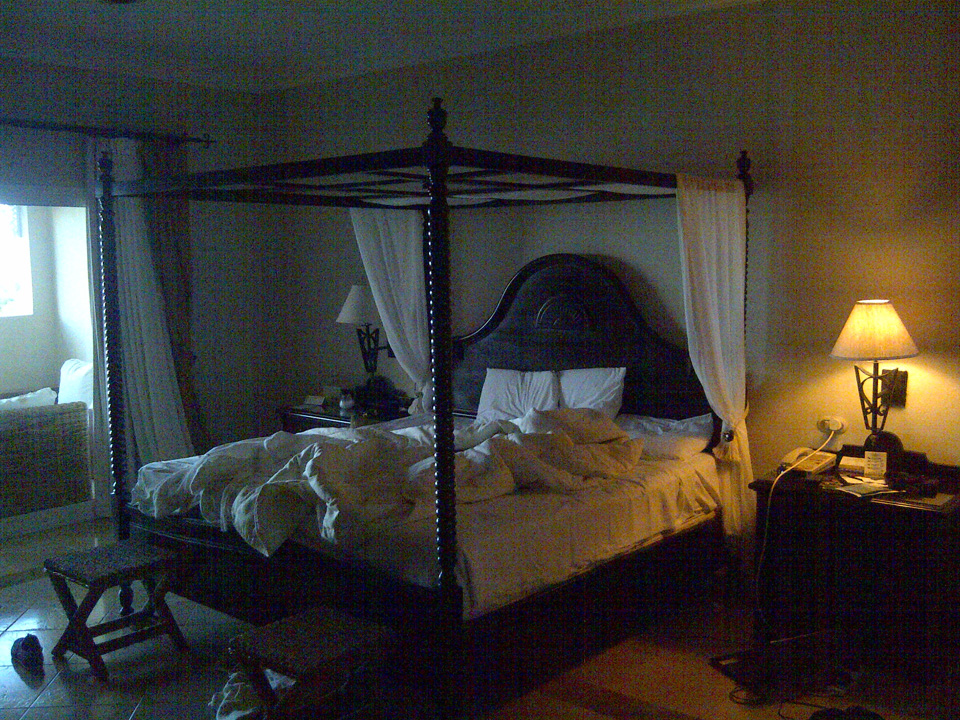 Our room was a delight. There was a large four poster bed, complete with an artistic towel decoration and a bowl of fresh fruit. There was a fully stocked minibar along with a flatscreen TV that had football! Anywhere I go, I like to know that I can keep up with the Arsenal back home. 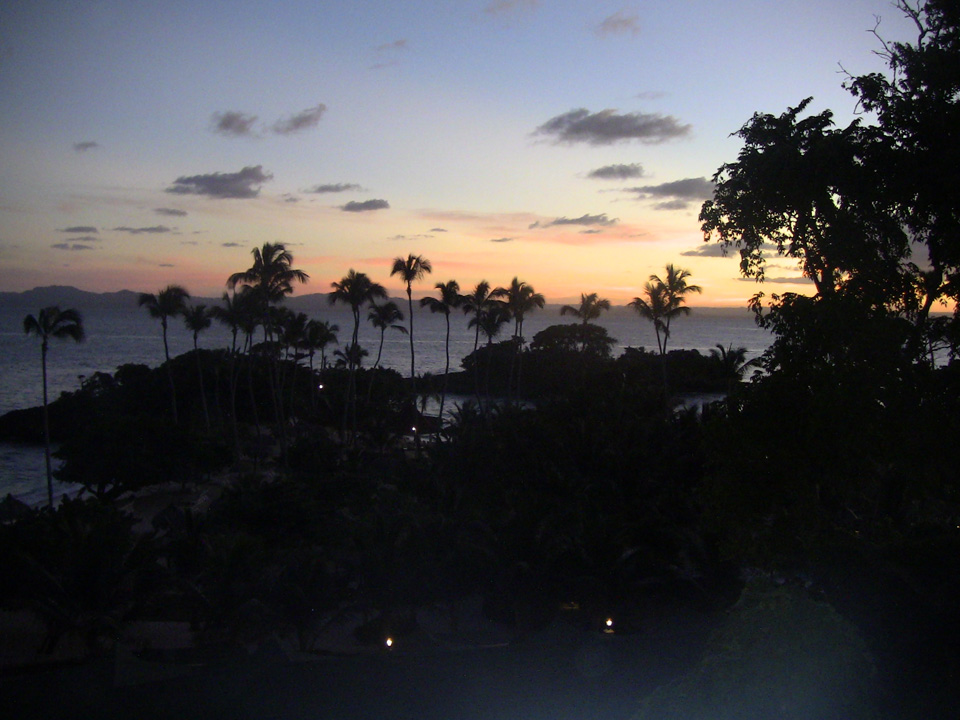 There was a jacuzzi along with a separate shower and a long balcony with an amazing view out to sea.
There was plenty of wardrobe space and a safe to secure important stuff. 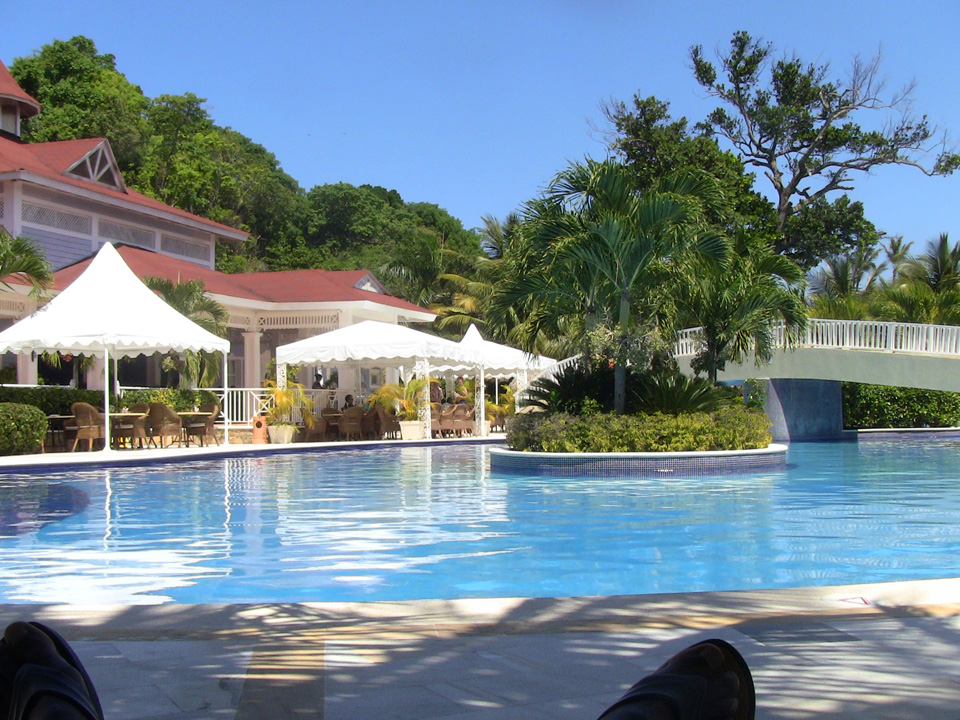 The hotel has 6 restaurants, each with different themes including, Brazilian, Italian, Mediterranean and gourmet cuisine, which have to be pre-booked when you want to dine, along with the self-service beach restaurant and the main one with different international cuisine served daily.

There is a spa where we were treated to a Hot Stone and Essential Oil Massage and a Turkish bath, sauna and dynamic pool to relax in.

The hotel had 2 swimming pools with bars, a large one and a much more intimate one that we frequented more.
The gymnasium was well equipped with both free weights and resistance machines as well as some treadmills, cycles and steppers.

There were two beaches on the island, one was a private beach for hotel residents only and the other was a public beach which could be accessed during the day by boat from the mainland or a little walkway from the hotel.

The private beach had plenty of huts where you could relax in the shade or a hammock if you wanted something different. The sea was pretty protected here.

The public beach had a few stalls if you wanted a drink or to buy something touristy. There was also music played in the evenings.

The Luxury Bahia Principe, Cayo Levantado is a great destination for a romantic getaway and would suit anyone that is looking for a peaceful relaxing vacation.

The staff are pleasant and very friendly and the hotel, from the grounds to the rooms is very clean. I found the food throughout to be excellent and loved the eating in the afternoon at the beach restaurant.

Would I go again? Most definitely.