Following on from Barcelona and Reykjavik, in part 3 of our European City Break Destinations series, we visit Amsterdam. 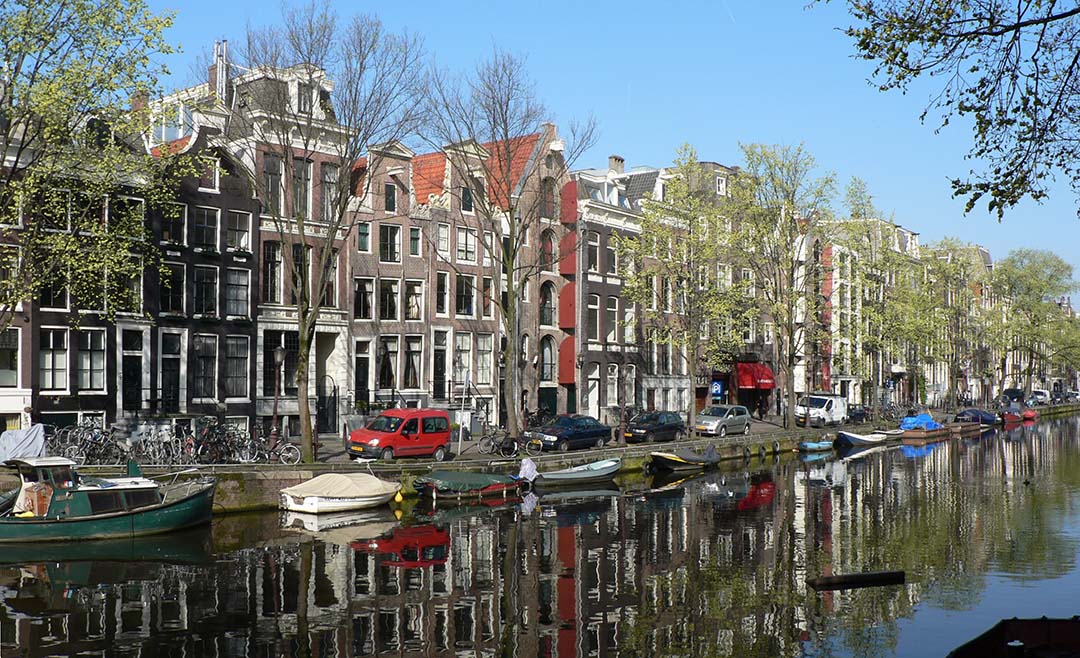 With a population of almost one million people within its city limits, Amsterdam has evolved from a small fishing village in the late 12th century to its present status as one of the worlds most important centres for both finance and diamonds.

Today’s Amsterdam reflects its past history as a fishing village with over 60 miles of canals, the majority of which you can traverse by boat, with the three main canals being Prinsengracht, Herengracht, and Keizersgracht.

Amsterdam has a rich architectural, cultural and artistic history and you can find many museums exhibiting works from great artists like Rembrandt, Vermeer and Bosch.

With its impressive public transport network that includes buses, trams, ferries and trains, Amsterdam is an easy city to get around. There are also canal boats as well as bikes that can be hired by the hour or day. With its elaborate network of cycle paths and lanes, it is no wonder that Amsterdam is called the cycling capital of the world.

Of course, there is another side of Amsterdam that immediately comes to mind when mentioning tourism. The famous coffeeshops are establishments where cannabis can be bought and smoked legally.

De Wallen, also known as Walletjes or Rosse Buurt is Amsterdams largest red-light district, where prostitution is legal and is a famous attraction for tourists. Here you will find sex workers offering their services behind a window illuminated by red lights.

Things to do in Amsterdam 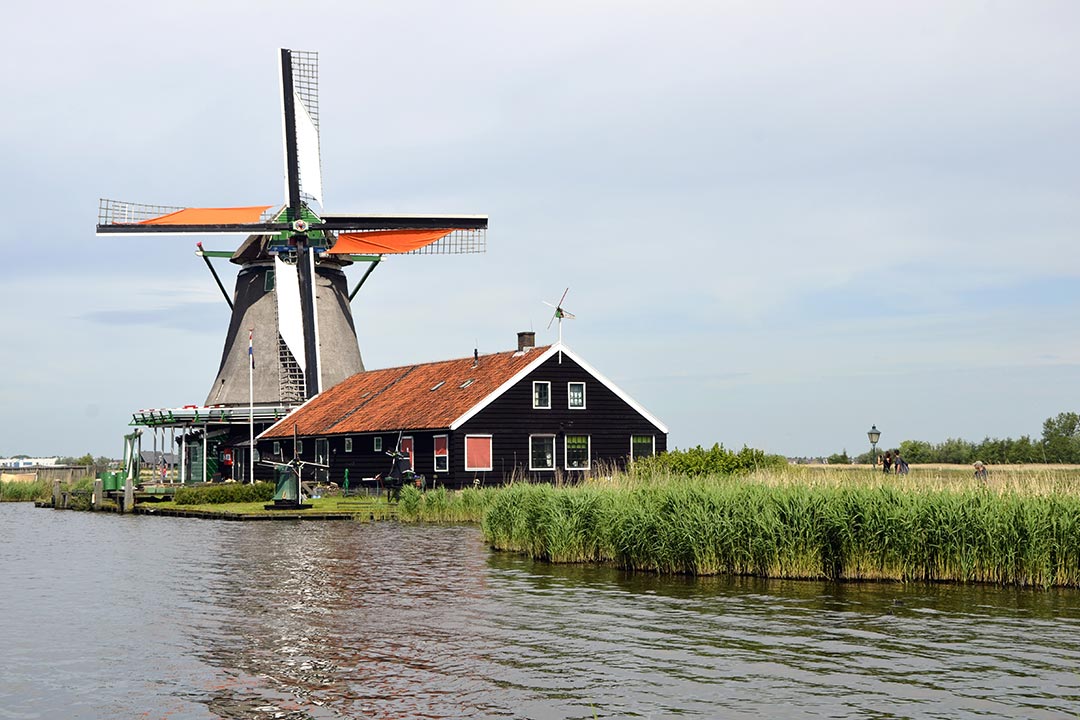 Windmills are a Dutch icon and a visit to Amsterdam wouldn’t be complete without seeing one. There are still eight windmills in and around Amsterdam, although you will find that the Sloten Windmill is the only one open to the public. 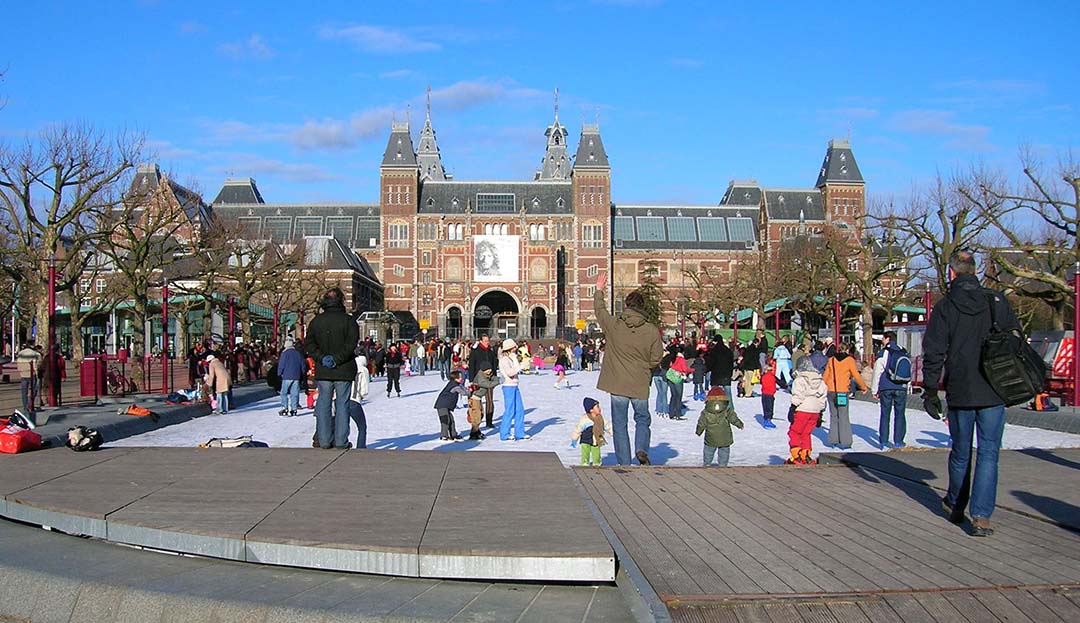 With the most important museums in Amsterdam located at the Museumplein, if you are into art and history, then this is a great place to spend a few hours. 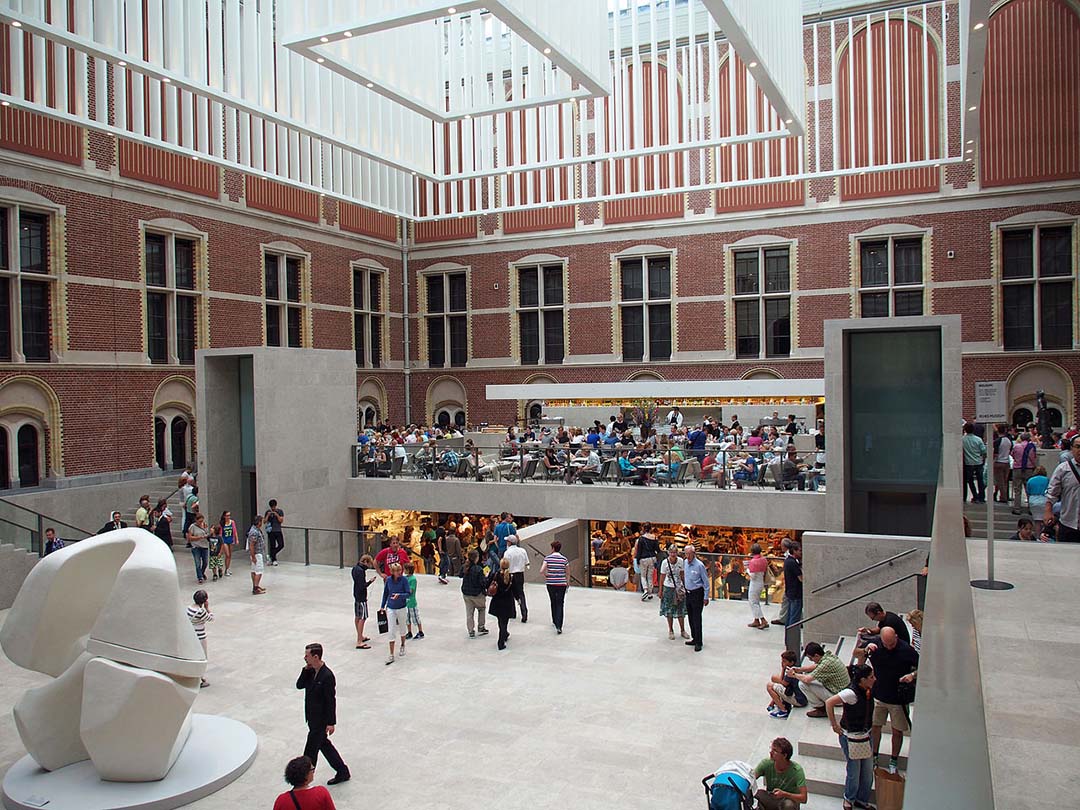 With nearly one million objects, the Rijksmuseum possesses the largest and most important collection of classical Dutch art. Many of Rembrandt’s work, including his masterpiece The Night Watch, as well as those of his pupils is displayed there.

At the Stedelijk, you will find works by artists including Van Gogh, Chagall and Matisse among its collection.

Tour The Canal By Pedal Boat 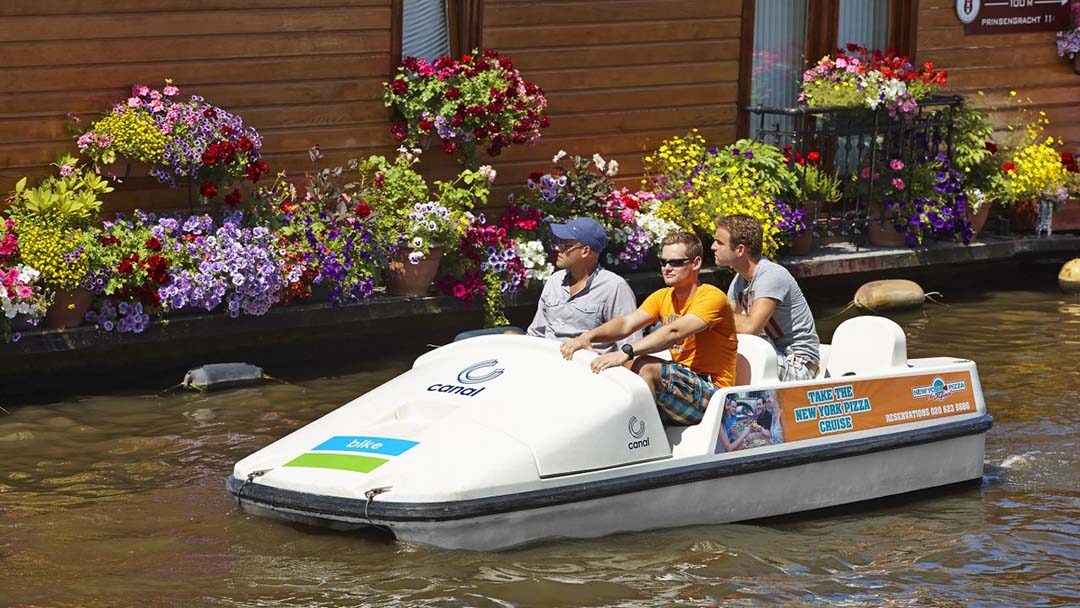 Take a tour of Amsterdam by pedalo. This is a great, fun way to explore the city and take in the spectacular views of Amsterdam’s canals and architecture. 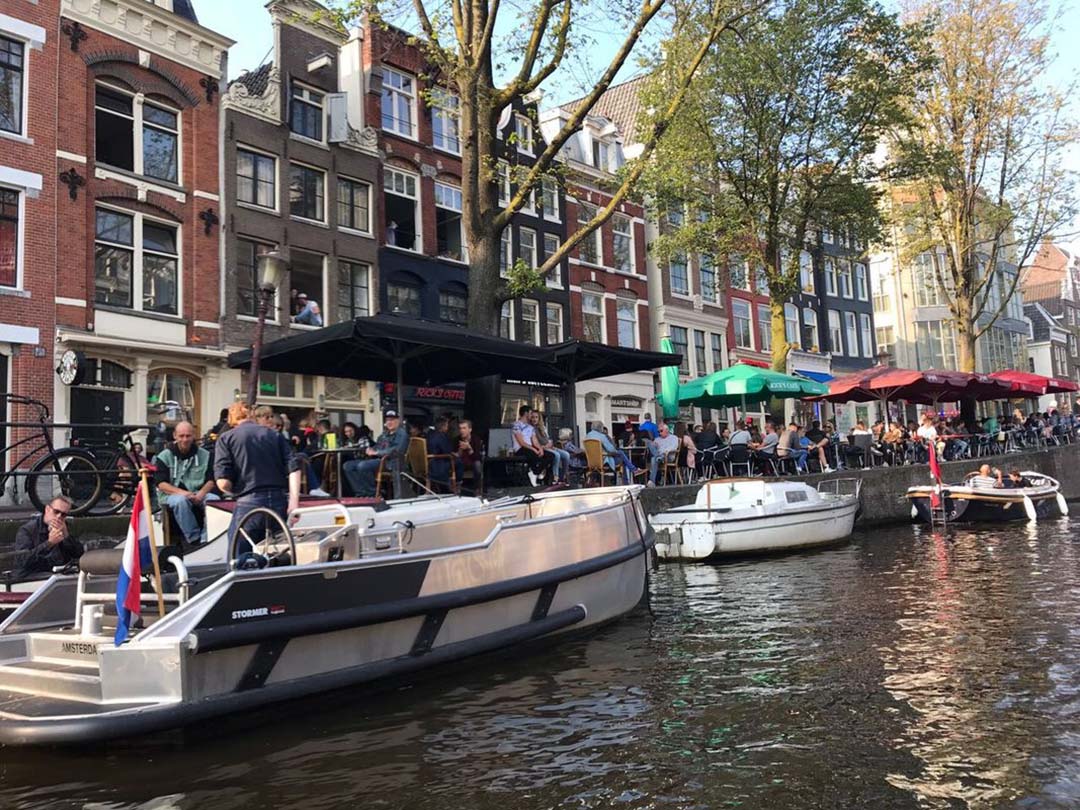 Cruise along the canal in comfort, with your own private tour guide while sipping an ice cold beer. A knowledgeable guide will give you a complete history of the famous sites and hidden gems in Amsterdam. 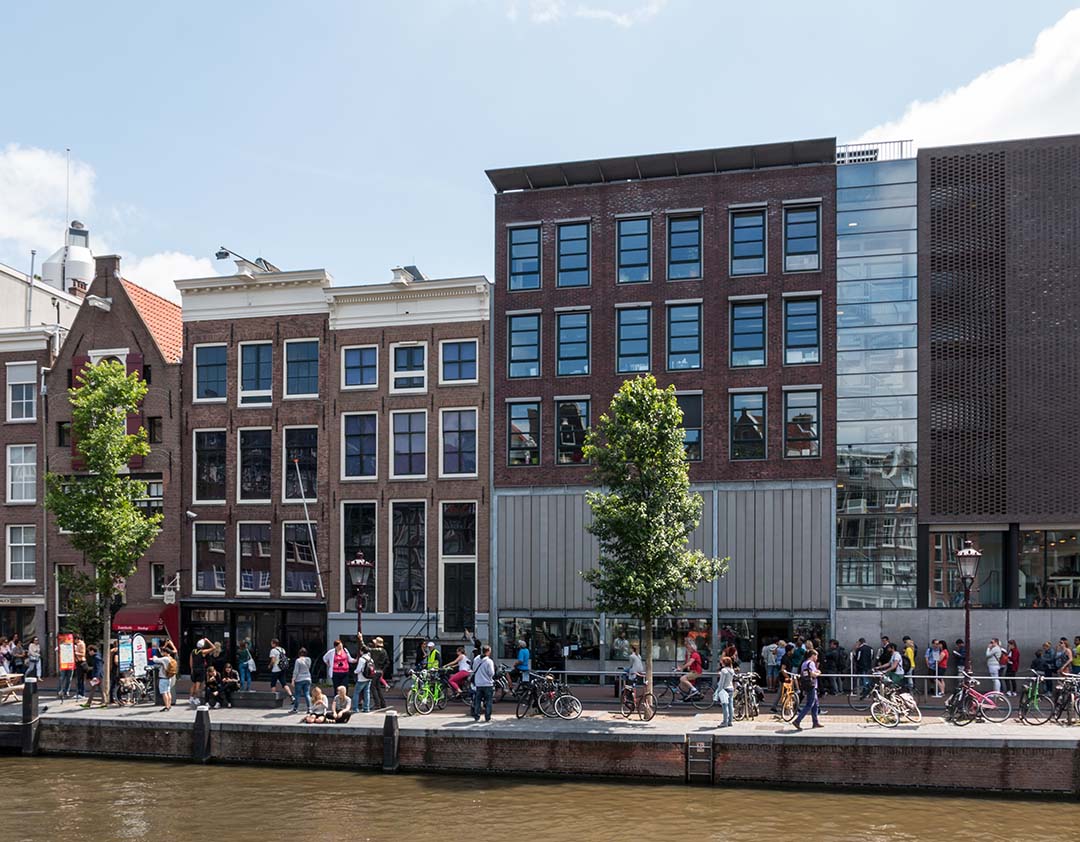 This house and museum located on a canal called the Prinsengracht is dedicated to the Jewish wartime diarist Anne Frank. Discover the Secret Annexe, Anne Franks hiding place during the German occupation of Amsterdam, wander around the furnished spaces and get to know more about Anne Franks diary. 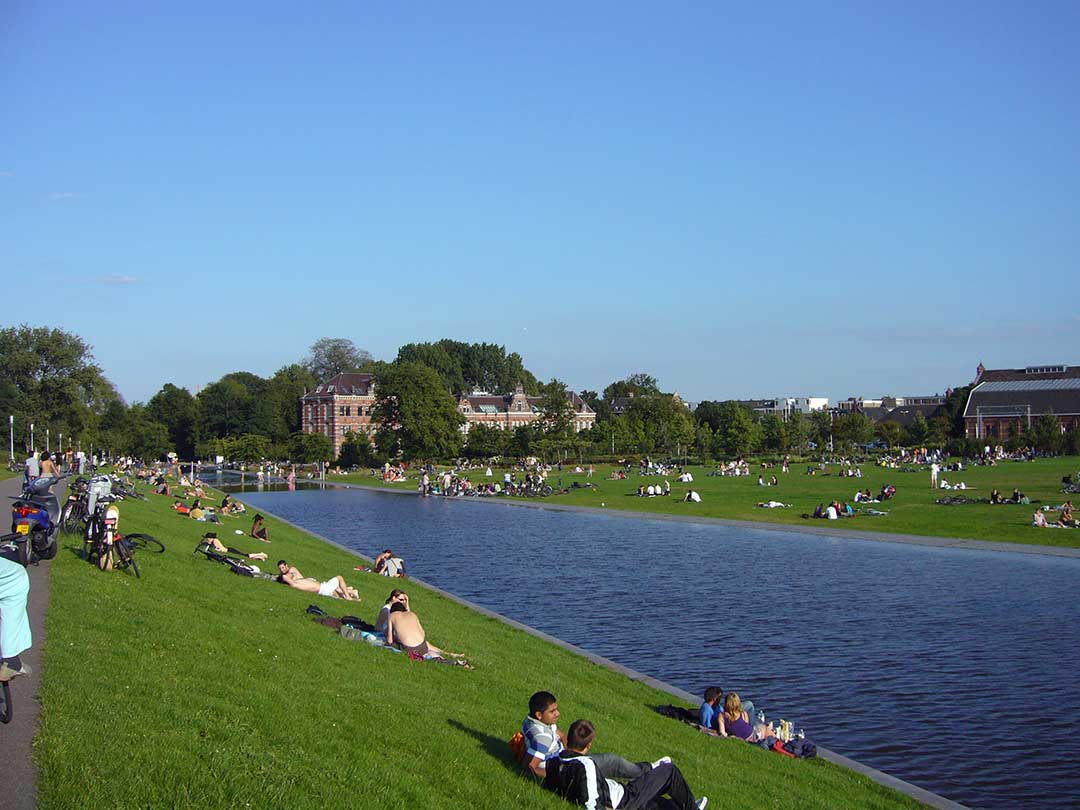 If you need a break from the crowded city, come to the Westerpark. Although in the centre of Amsterdam, there are only a few tourists and it’s where locals go to relax. There is a jazz cafe, a bakery, a cinema, a petting zoo along with some bars and clubs. More than just a park you might say. 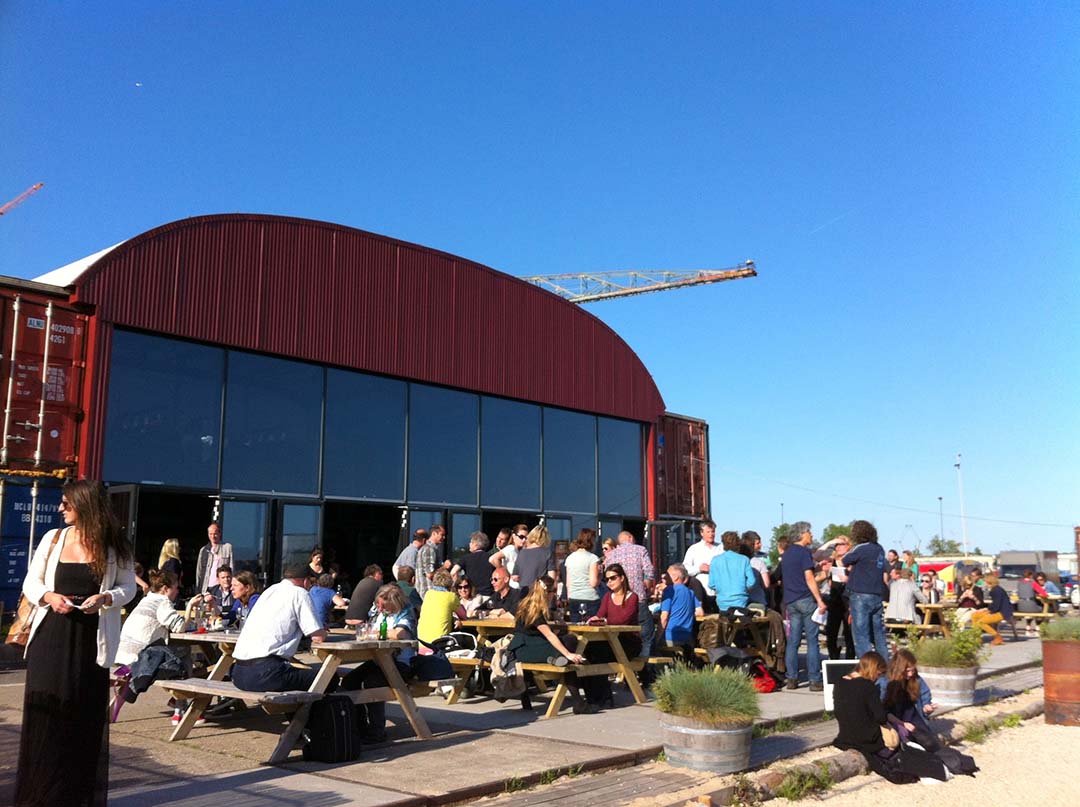 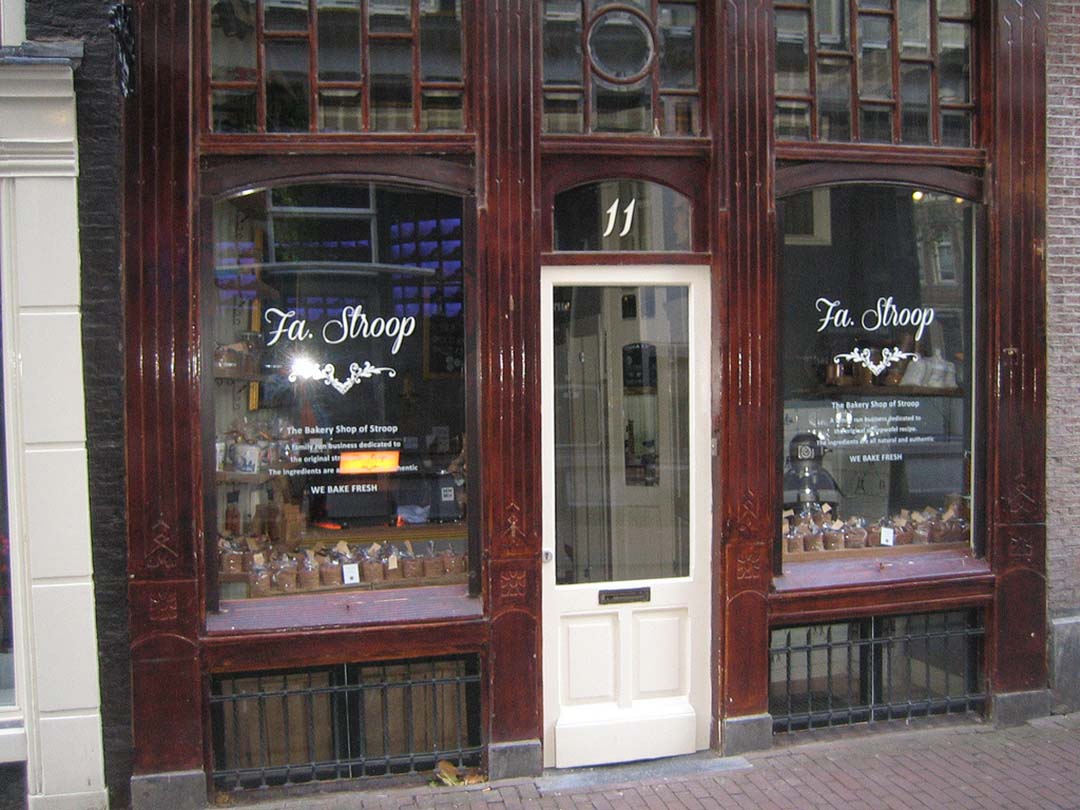 Any place that has a working cash register from 1904 at the counter is definitely a place that I am visiting. This cool joint is a stroopwafel specialist and whilst there is no seating inside, there is plenty of benches along the canal for you to enjoy your food. 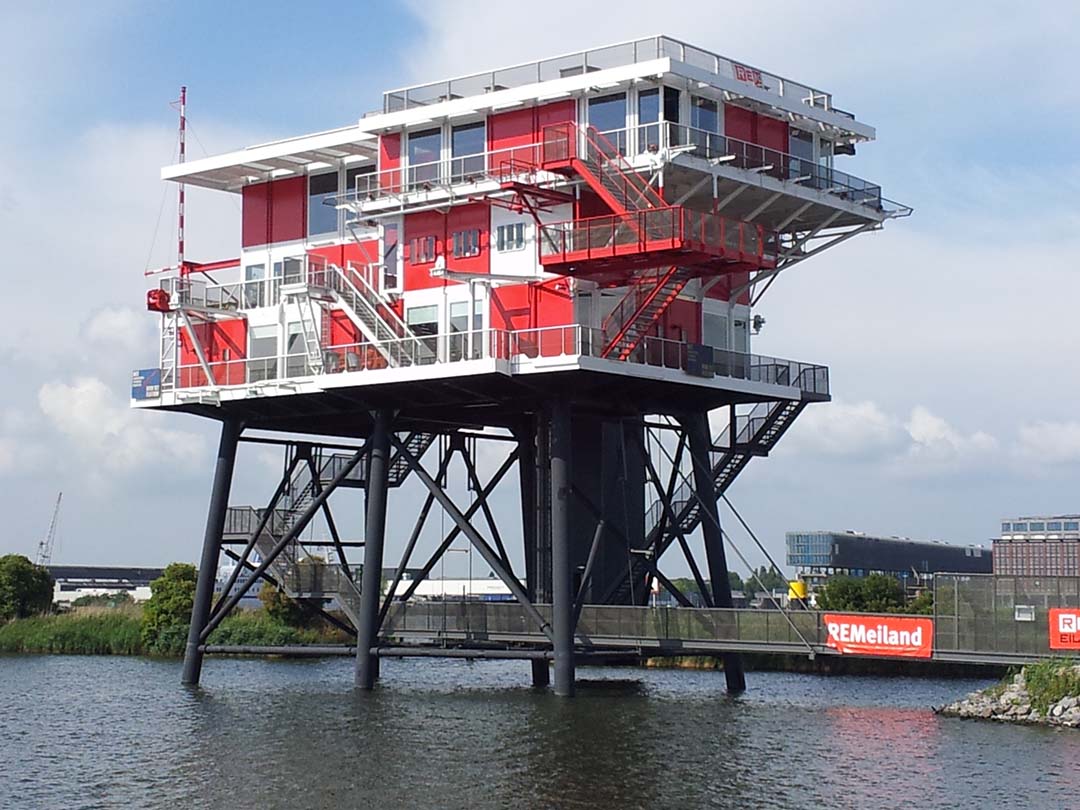 This restaurant is built on a sea rig that used to be a pirate radio station in the 1960’s. The menu is not massive, but the food is good and you can enjoy your meal while having a 360-degree panoramic view of the port of Amsterdam below. 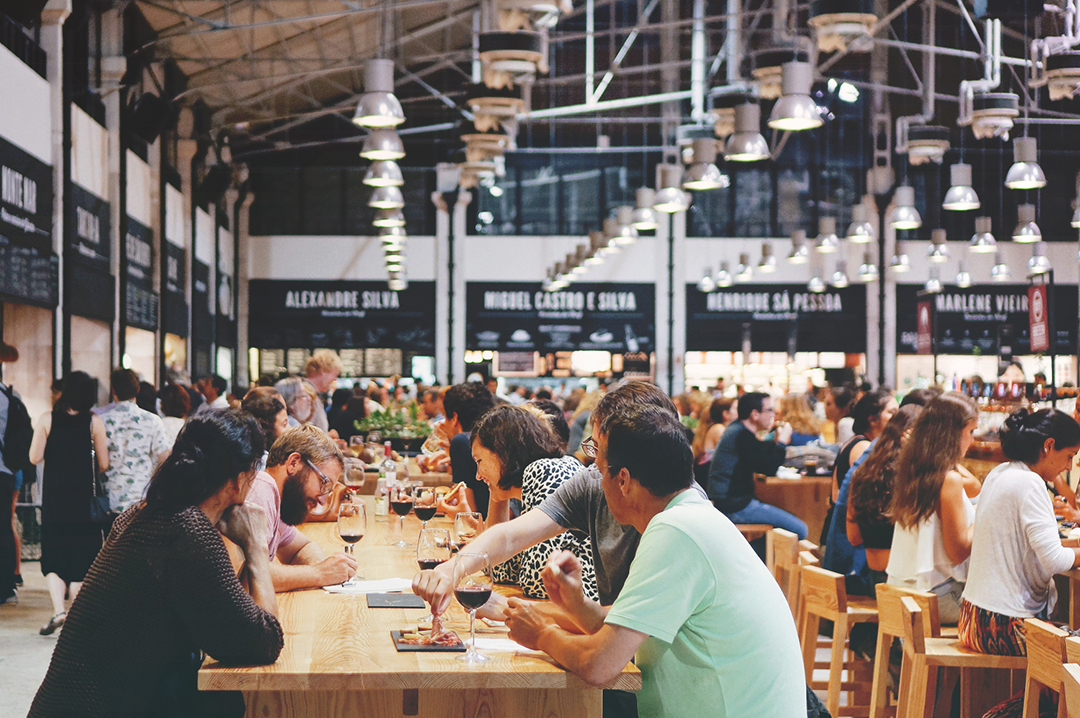 Foodhallen is the first indoor food market in the Netherlands. Enjoy food from all over the world here, as well as some offshoots from some of Amsterdams most popular food places and breweries.
At the Beerbar you will find beers both local and international like IPA’s, Pale Ale, Tripel, Dubbel, Brown, Amber and much more. 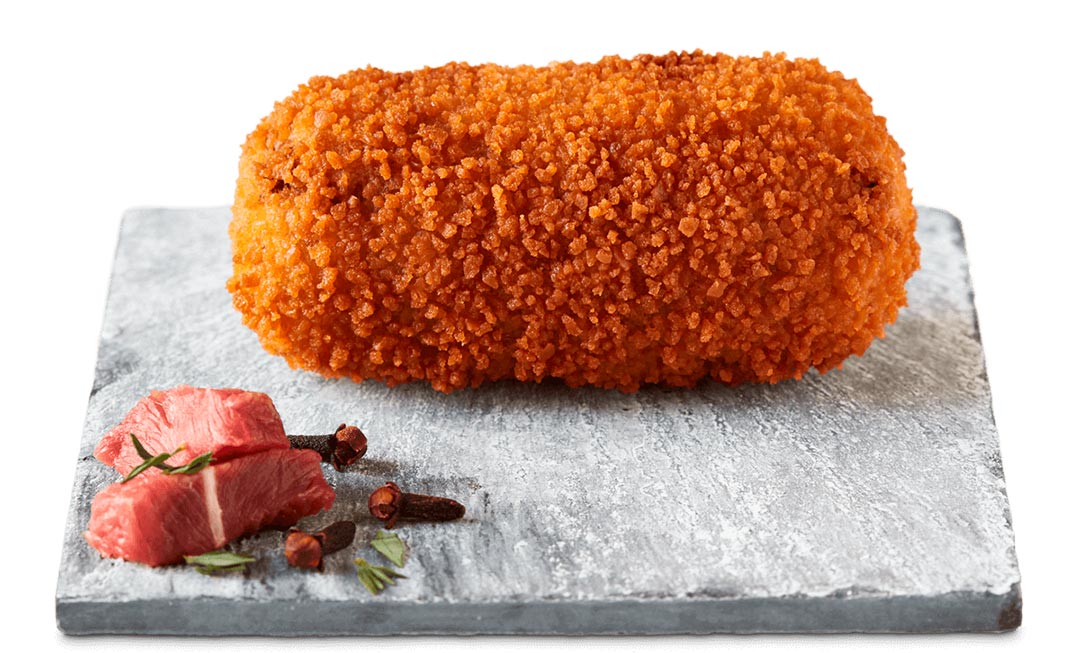 Van Dobben which has been open since the 1940’s serves traditional meaty Dutch fare like rundvleescroquet and pekelvlees. Its prices are low and the staff pleasant and helpful. 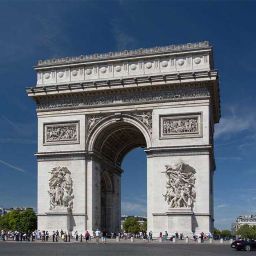 European city breaks destination – Paris Following on from Barcelona, Reykjavik and Amsterdam, in part 4 of our European City…

I have to admit that Amsterdam isn’t my favourite city in the Netherlands to visit because it gets absolutely inundated with tourists! But it does have some cool spots:D Visit the Cheese Museum if you have the chance (it’s not strictly a museum, it’s just a very extensive cheese shop haha)! Cheese heaven:D

I was in Amsterdam few times already, I could day it is the most crowded city in Netherlands, but well I won’t compare my experience. Its is beautiful and great to visit just be careful of pickpockets. oh don’t miss to ride the boat tour in the morning and at night you’ll see the huge difference. It’s all worth it.

I never been to Amsterdam. I’ve read and heard much about it! I most interested in these museums and the visit to Anne Franks’s house. How do find the food there, is it tasty?

The food is not bad. If you like meat you will love Van Dobben. The Foodhallen does all sorts of different stuff. I must admit though, sometimes I like to go a bit further out. Amersfoort is a place that I love to chill out in.

If I were in Amsterdam, I would spend every single day at Foodhallen 🙂 You know, the foodie in me messes around with my travel plans always. Those windmills are iconic!! Cheers!!

I visited here last year and loved the party feel to it ! Dam square is another good area to visit I loved the architecture there. Getting pictures clicked with the tulips and souvenir shopping are few more things I preferred lol .